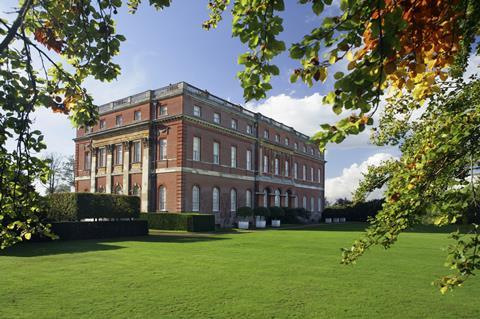 How the building looked before the April 2015 fire

Teams led by Amanda Levete and Allies and Morrison are among the six-strong shortlist competing for the £30 million restoration of grade I listed Clandon Park.

The Palladian mansion near Guildford in Surrey was gutted by fire two years ago but owner the National Trust is committed to restoring the building, which was built in the early 1730s to a design by Venetian-born architect Giacomo Leoni.

Donald Insall, Purcell, Sergison Bates, and New York-based Selldorf Architects are the other lead architects on the teams (see shortlist below)reaching the final stage of the contest, which launched in March.

Competition organiser Malcolm Reading said 60 teams of architects, engineers and consultants had thrown their hats into the ring for the project. 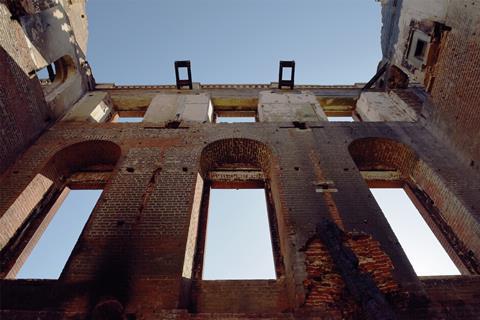 The building was left gutted by the fire

Paul Cook, the National Trust’s project director for Clandon Park, said the building was architecturally significant for capturing the moment in England when Baroque architecture was making way for Palladianism. 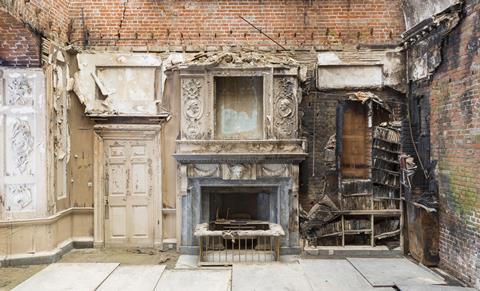 Much of the library was destroyed

He said the trust envisaged a “sensitive and thoughtful restoration” of some of the principal state rooms on the ground floor along with the introduction of new spaces, for imaginative programming, on the upper levels.

“We eagerly enter the next stage of the process, which is intended to deepen engagement between the trust and the shortlisted teams,” he said.

“We will be welcoming the finalists to Clandon to immerse them in the spirit of place.”

The National Trust said the brief to the competition finalists specifies that the two elements of the project – restoration and new space – should “confidently relate” to each other and create a building that reads as one, and is integrated within its setting.

The winning bid team is expected to be picked in early autumn, for construction to start in early 2019.