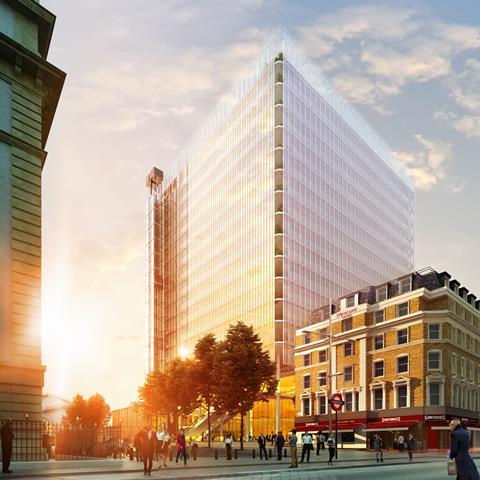 The Labour Party in Westminster has announced it will scrap the Tories’ proposed approach to tall buildings in central London if it wins control of the council in May’s local elections.

This could mean a U-turn on allowing tall buildings in areas in the north-west of the borough such as along the Harrow and Edgware roads.

It could also make it harder to get planning permission for towers in Victoria, Paddington and Tottenham Court Road, which have been identified as suitable for clusters of tall buildings.

Westminster Labour group leader Cllr Adam Hug said: “Labour will scrap the council’s proposals on tall buildings that could allow the spread of towers across Westminster. Instead we will look to work with local people about how to deliver well-designed, lower-rise high density schemes that benefit our residents as well as our business communities.”

He said the local party was open to increased density or the addition of one or two floors on existing buildings if there were clear benefits for residents.

“However it is strongly opposed to the elements of the council’s current approach that could see the spread of tall buildings beyond the current clusters or see significant intensification of towers within the clusters,” he added.

Westminster’s ruling Conservatives ran a consultation a year ago on their proposed approach, but have not yet published a final policy.

Their proposal identified Victoria, Paddington - proposed home of Renzo Piano’s controversial Cube (pictured) - and Tottenham Court Road as “opportunity areas” where “larger and higher buildings” were appropriate in principle as a way of delivering a “substantial increase in new homes and commercial uses”.

Outside these opportunity areas and Westminster’s core central activities zone – broadly the West End, where larger-scale development is currently allowed – the Tories said there were other areas where “higher buildings and denser development could be allowed and would spread the benefits of growth and investment”.

These include the Church Street regeneration area including Edgware Road, Westbourne, Harrow Road and Queen’s Park, which are among the borough’s most deprived wards.

But, like Labour, it also stressed the importance of protecting Westminster’s character while managing an expanding population was “absolutely paramount”. Tory cabinet member for planning, Daniel Astaire, said: “Accommodating this growth needn’t necessarily mean tall buildings; in many cases it will simply mean an extra storey here and there and building behind the facades where possible, as we have seen with great success along Regent Street.”

The announcement comes in the week that the Guardian revealed that Westminster’s deputy leader, and former chair of its planning committee, was entertained more than 500 times in three years, including 150 times by property industry figures. Robert Davis has now referred himself to the authority’s monitoring officer.

In a second announcement today, Labour also vowed to set up a Westminster design panel ”to allow professional architects, other experts and interested residents to give external advice to planning committees on design aspects of major planning proposals”

It would also fall in line with other councils by allowing residents to speak at planning committee meetings and would create a new strategic projects planning committee with a larger than normal membership ”to prevent major applications being dominated by the whims of over-powerful individual councillors”.