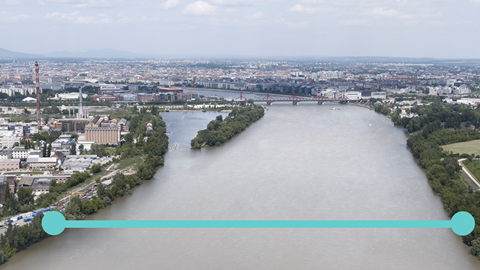 Knight Architects, Zaha Hadid and Wilkinson Eyre have been shortlisted for a new bridge over the Danube in Budapest.

They are up against an international shortlist of 16 including UNStudio, Marc Mimram and Richard Meier.

They were chosen on the basis of their experience of designing bridges and now have until January to work up their designs. Each finalist receives €40,000.

The New Danube Bridge will carry cars and trams on six lanes linking Csepel with the districts of Buda and Pest in the less developed southern part of the capital.

The Hungarian government hopes it will both reduce traffic in the centre and unlock the potential of the southern suburbs.

Budapest is known for its bridges. This will be the first to be built in more than a decade. The most recent, the Megyeri Bridge in the north of the city, opened in 2008.

Martin Knight, director at Knight Architects which is in a team with Arup, said: “We are thrilled to be shortlisted alongside Arup for this exciting and significant project. The New Danube Bridge has the potential to not only provide significant improvements to the city’s transport systems, but to define a new landmark for many years to come.”