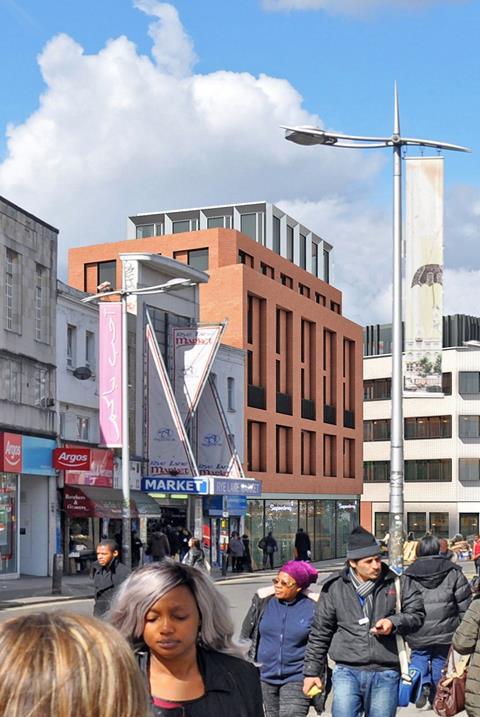 The project, on Rye Lane for developer Reality Holdings, will contain 27 flats above 716sq m of retail.

It will replace a dilapidated three-storey 1960s converted office building on an important corner site in the Rye Lane conservation area.

The red brick- and polished aluminium-clad building rises from the two-storey 19th-century houses on Highshore Road to six storeys where it faces on to Rye Lane itself, a scale similar to some of the high street’s grand former department stores and banks. 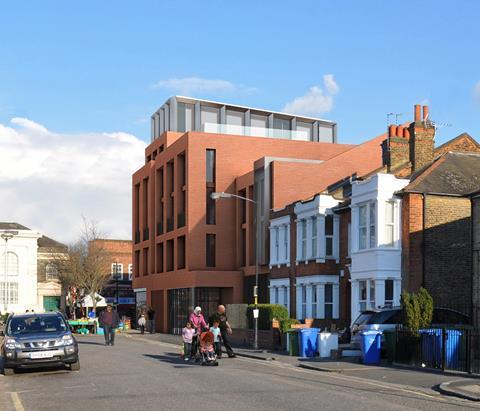 Keith Williams said: “The new building will help contribute to the ongoing regeneration of this vibrant area providing much-needed housing within an appropriately crafted new building, which we have carefully conceived in response to its immediate and wider architectural context.”

The double-height columnar treatment to the main façade are intended to give an elegant vertical emphasis to the composition, and while the main Rye Lane façade is continuous to give a civic scale to the main street, the same elevational rhythm is further subdivided before dropping in scale to respond to finer architectural grain of Highshore Road, he said. 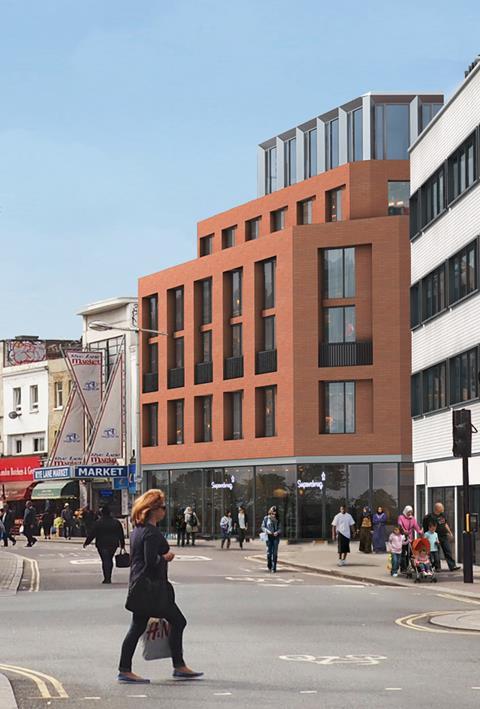