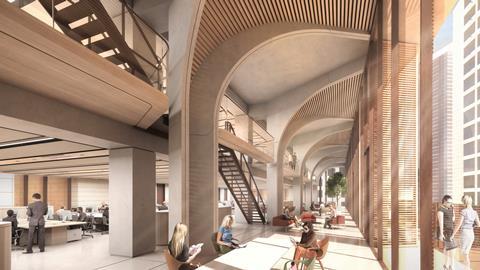 Grimshaw has won a design competition for a 26-storey office tower in the centre of Sydney.

The project, 210-220 George Street, will be part of a group of buildings designed by international practices such as Foster & Partners, Kengo Kuma and Singapore’s Kerry Hill.

The site is in the historic Alfred, Pitt, Daley and George Street precinct next to Circular Quay which has been earmarked to become a cultural district.

The building will be shorter than its neighbours on three sides so the architects have focused on designing an attractive user experience rather than relying on aspect or location, said Grimshaw managing partner Andrew Cortese.

He said the development would accommodate groups of 90 to 120 people across twin floorplates in grade A office space.

The larger floors within the low-rise would be double height, arching cantilevered terraces opening on to George Street. In the high-rise, the smaller floors contain a suspended mezzanine with double-height volumes.

This two-storey volumetric approach has the twin benefits of increased lettable space and an attractive environment – with greater visual and physical connectivity, daylight and air circulation.

A double-height retail and entry lobby extends along George Street in an effort to enliven the public realm and contribute to a thriving night-time economy.

“Grimshaw has shown a disciplined respect for the streetscape and surrounding heritage buildings through their design,” said Jay Carter, a director of client Poly Australia.

Construction of the AU$90 million tower is due to begin in early 2019, with completion expected in 2022. 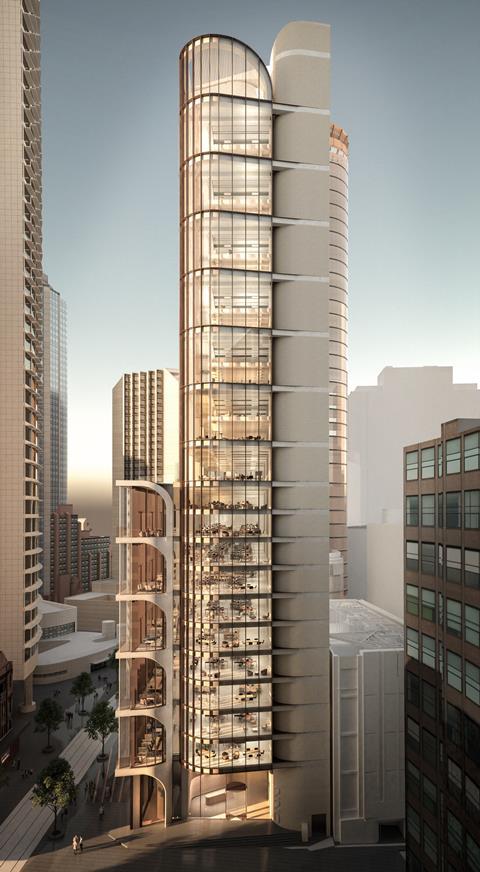