Grid to open studios in Birmingham and Madrid 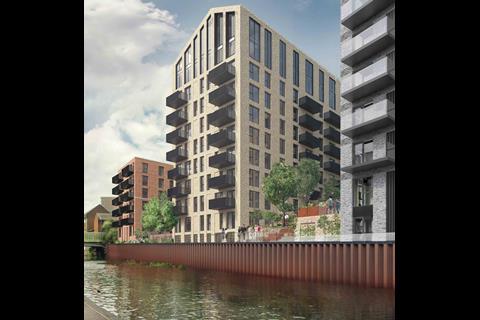 Grid architects' Snow Hill Wharf in Birmingham's Gun Quarter. The design, for St Joseph, is intended to reflect the character of the area and will include waterside gardens, new trees and new public realm. 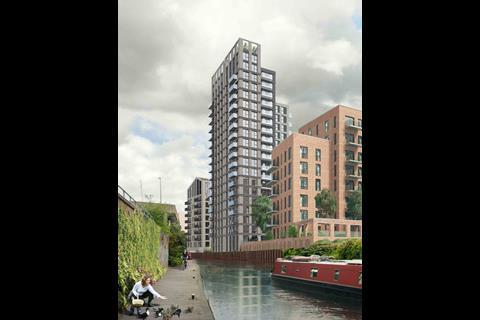 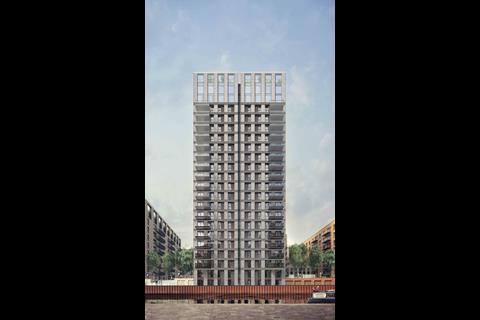 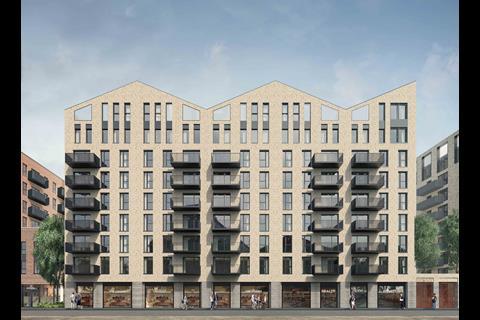 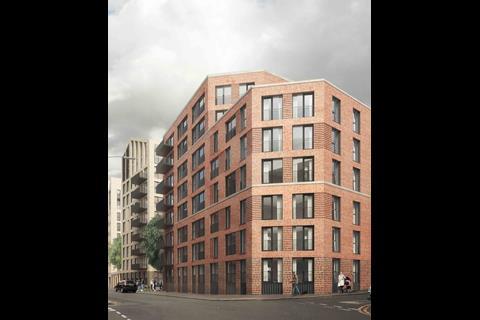 Grid Architects is planning to open two new offices in Birmingham and Spain – partly because rents are so high in London.

The practice is eyeing Madrid and England’s second city for its first satellite studios after ruling out expanding its 50-strong operation in London because of the cost.

Founder Craig Casci said they picked the two cities partly because of the opportunities they offer, but also because expanding in London was prohibitively expensive.

He said it was a “no brainer” to open a Birmingham office and was looking at a staff of six initially.

The practice has landed two major projects in the city that will keep it there for some years. One is a long-term masterplan in the city’s industrial “inner ring”. The other is a 400-unit housing scheme called Snow Hill Wharf consisting of five buildings including a 21-storey tower. On the banks of the Birmingham and Fazeley Canal, it will be the first tall building in the Gun Quarter, the centre of Birmingham’s industrial history where a “thousand trades” were once to be found.

“We have people in Birmingham all the time so it’s just easier to have an office up there,” said Casci.

The practice, which he founded after leaving Hamiltons, previously flirted with the idea of opening an office in Manchester but there was never enough of a business case, he said.

“Now Birmingham is pulling ahead of everyone in terms of starts on site and big planning applications going in. It has wealthy people, low land values, good transport connections. It’s a bit of a no-brainer. It’s odd it’s taken so long for Birmingham to punch at its level. It’s a much bigger city than Manchester.”

Meanwhile he hopes to sign a deal on an office in Madrid at Easter – unless there’s a big downturn in the UK economy.

“We see an opportunity to bolster London using Madrid,” he said. “It’s a way to expand that doesn’t involve expanding in expensive central London.”

The practice doesn’t currently have any work in Madrid although it is working on a competition. Casci said there was a lot of internal investment in the city which he hoped would lead to the chance to work on residential, regeneration and public realm projects.

“Their housing isn’t where it should be. They put quite a lot of money into housing but have missed fundamental things we’ve learnt to do like infrastructure, employment and schools, partly because of the economy. We are interested in whether we can we start to influence that.”

Casci said they weren’t losing European staff over Brexit jitters - as some practices are - but that they had a lot of former staff who had returned to Spain over the years for family reasons who he would be keen to re-hire.

“It will be useful to have a continental base,” he said.