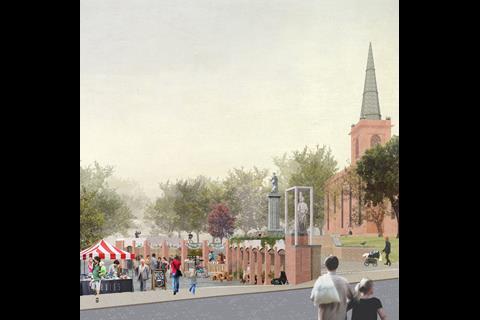 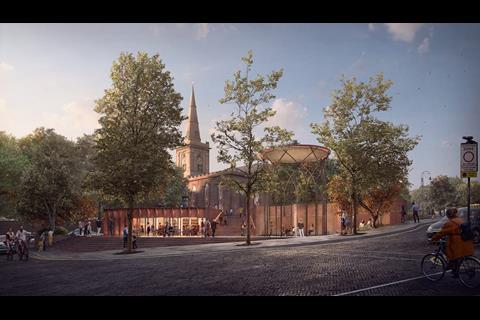 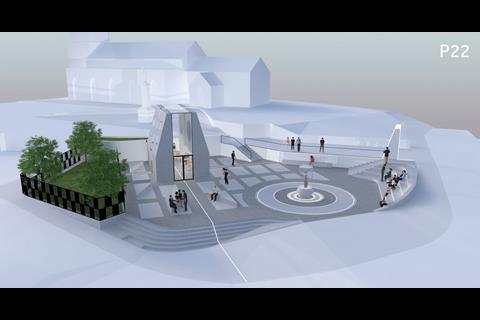 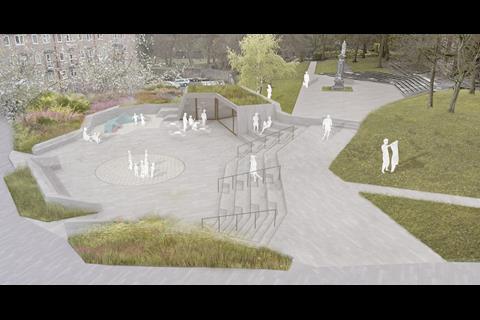 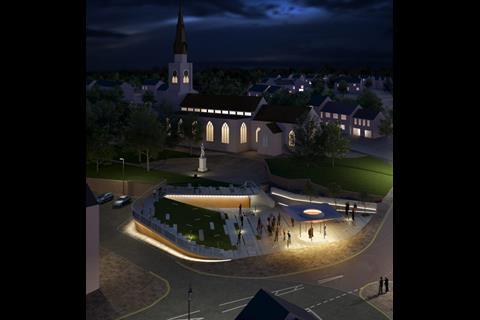 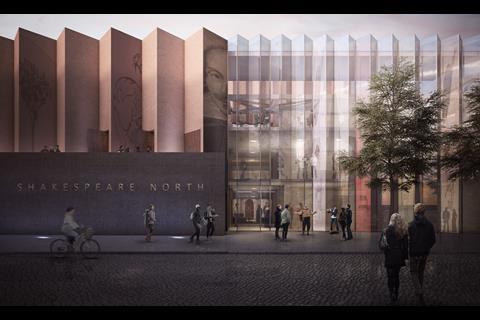 Helm Architecture's design for the 330-seat Shakespeare North Theatre, construction of which is expected to start on site in January

Up-and-coming architects feature heavily on a shortlist of five practices vying to redesign an unused public space at the heart of Prescot on Merseyside.

Belfast-based Blackstaff Architects, Mark Wray Architects from Bath, London’s Periscope Studio and Charles Tashima Architecture and Manchester’s OMI Architects have seen their designs win through to the final stage of a RIBA-run contest from a field of 45.

The global design competition was launched last month as part of the Prescot Townscape Heritage Initiative, which has invested £1.6 million in conservation and renovation projects in the town over the past four years and seen 10 historic structures benefit so far.

Knowsley council regeneration lead Graham Morgan said the shortlisting was a step toward changing the face of the town.

“The redesign of Market Place will create a vibrant special space in the heart of the town centre which will complement other amazing developments including the new Shakespeare North Playhouse and the multiplex cinema,” he said. 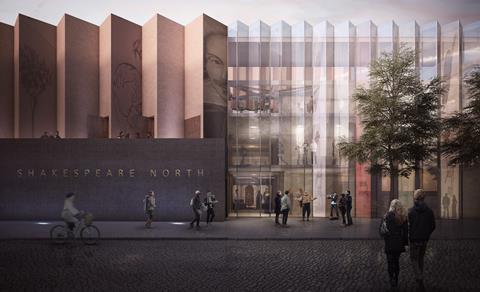 Helm Architecture’s design for the 330-seat Shakespeare North theatre, construction of which is expected to start on site next year

The shortlisted teams have now been invited to submit their developed designs to an evaluation panel and the proposals will be displayed in a public exhibition in the coming weeks.

Knowsley said a final winner would be announced August, with work expected to start early next year.

The townscape heritage initiative is funded by the Heritage Lottery Fund, the council and other local partners.