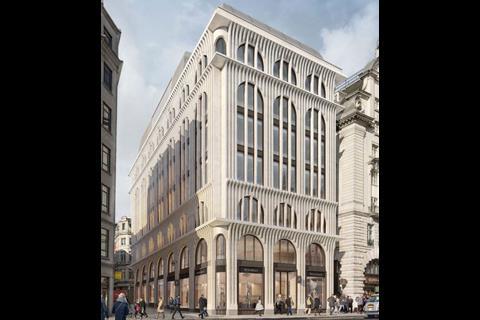 DSDHA's proposals for 35 Piccadilly, created for the Crown Estate 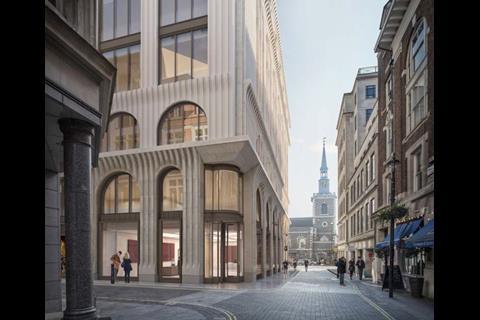 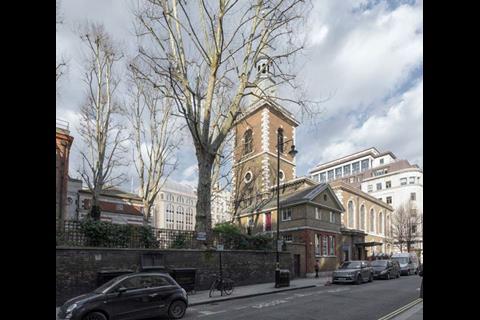 Contextual view of St James's Church as seen from Jermyn Street, with DSDHA's proposed 35 Piccadilly in the background 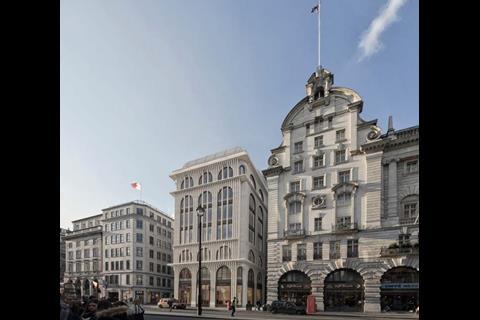 View of DSDHA's proposed 35 Piccadilly, with the Piccadilly Hotel to its east 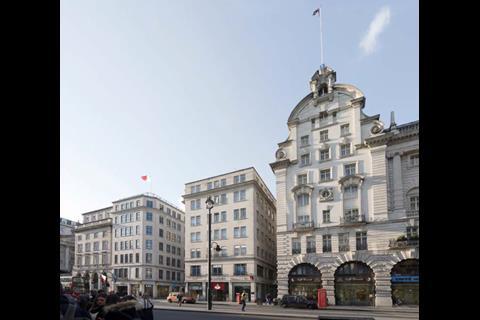 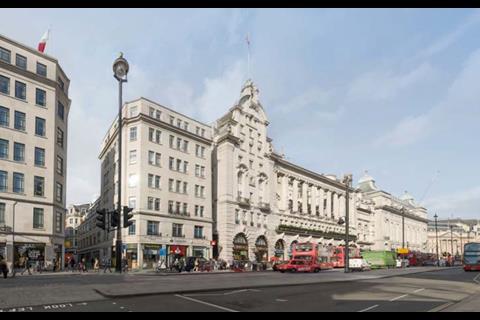 DSDHA has revealed plans to demolish a seven-storey 1950s office building in London’s Piccadilly and replace it with a more ornate – but taller – scheme that would also feature a roof terrace.

The proposals, drawn up for the Crown Estate, would create a new nine-storey building and almost double the amount of office floorspace on the site, which is opposite Wren’s grade I-listed St James’s Church and adjacent to the grade II* Piccadilly Hotel.

According to the plans, the scheme would deliver 3,808sq m of offices, up from the existing building’s 1,994 sq m. The building’s ground floor and basement would switch from banking and café use to retail.

DSDHA’s scheme features limestone-faced precast cladding with a fluted design, and light-grey metalwork for its rooftop – which conceals the building’s top two storeys.

Despite the scheme’s additional height, much of the increase in floorspace comes from greater massing at the rear of the new building in comparison with the existing structure – Airwork House – which was designed by in-house architects at Prudential Assurance’s estates department. 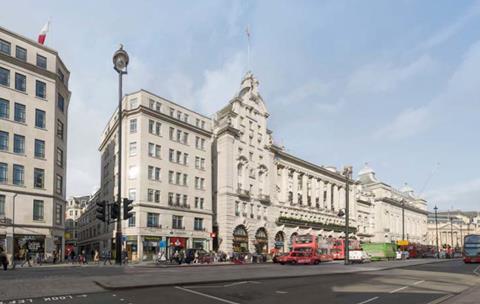 A design and access statement accompanying the planning application said the existing building was unlisted and “of very modest architectural quality” and that it “made no positive contribution” to the Regent Street Conservation Area, or neighbouring listed buildings.

DSDHA said its strategic brief from the Crown Estate had been to enhance the area’s historically significant setting at the same time as delivering high-quality accommodation that met current standards.

“Our design aims to bring delight to Piccadilly through architecture that enters into conversation not only with its immediate architectural neighbours, but also with the wider urban context,” it said.

Westminster has yet to set a date to determine the proposal.