Consultant says decision to retain architecture arm is paying off

The in-house architecture practice that consultant Arcadis considered selling last year turned in an improved set of figures in the third quarter.

The disclosure about CallisonRTKL came in Arcadis’ first update on the business since it took down the “for sale” sign in July. 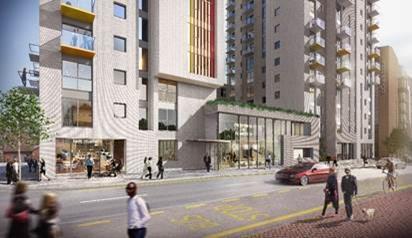 CallisonRTKL was formed out of the merger of Arcadis subsidiaries Callison and RTKL Associates in October 2015 and is currently headed up by Arcadis’ former global director of buildings Tim Neal.

In September 2017 the firm said the review was to “evaluate a range of strategic options to optimise the value of CallisonRTKL, within or outside of Arcadis, to provide the best prospects for our people, clients and shareholders”.

But in July Arcadis said the outcome of the review was that CallisonRTKL will continue to operate as a separate division.

In a trading update for the third quarter, Arcadis said gross revenue at CallisonRTKL during the period was up 1% to €79m (£70m) compared to the same period in 2017 – although revenue in the first nine months of the year is down 11% to €220m (£194m) which the firm blamed on a weaker start to the year.

Arcadis said the business had been “re-energised [to] deliver on [a] revised strategic plan”.

The firm has 1,700 employees across 23 offices located in North America, Asia, the Middle East and Europe. It has two offices in the UK - in London and Manchester.

In the update, Arcadis said its “brand recognition” in the UK would help it offset any Brexit headwinds, adding that net revenue growth in the UK in the first nine months of the year was up 14%.