One Irish practice on shortlist of six 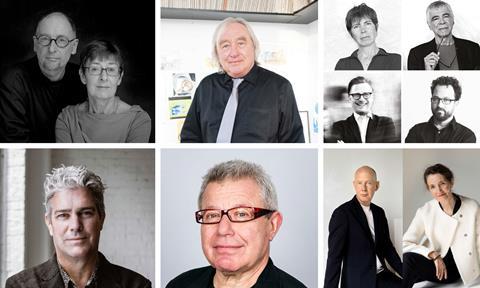 O’Donnell & Tuomey, Daniel Libeskind and Diller Scofidio & Renfro have been shortlisted in a competition to masterplan a campus for University College Dublin.

The six architects were the judges’ unanimous choice from 98 entries received from 28 countries in a two-stage contest for the 24ha campus in the Irish capital.

The shortlist was expanded from the anticipated five to six in recognition of the outstanding response from the international design community, said organiser Malcolm Reading.

The finalists, who will receive honoraria of €40,000, were chosen on the basis of submissions that were scored on relevant experience and team composition.

After a site visit later this week they will have about two months to complete two tasks: drawing up an urban design vision focusing on a new entrance precinct for the campus and creating a concept for an 8,000sq m Centre for Creative Design.

The design of this new €48m building is required to express the university’s creativity, while the whole Future Campus project is intended to create a stronger physical presence and identity for the institution within Dublin.

Hugh Campbell, Professor of Architecture at University College Dublin, said: “It is unprecedented to have a field of such calibre; with major internationally-renowned figures in architecture on the shortlist.”

Jury chair Andrew Deeks, president of UCD, said: “We are interested in the outstanding. In holding this competition we are seeking a design that will become an icon for the university – representing our vision to create something extraordinary and brilliant.

“The competition affords us a rare moment to transform the campus in a way that promotes a strong sense of community and inspires students and faculty, visitors and local innovators to explore new ways of learning and thinking.”

The winner is due to be announced in August.