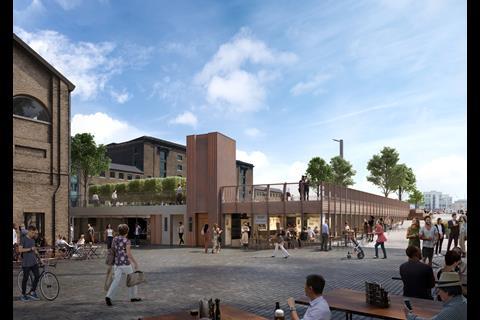 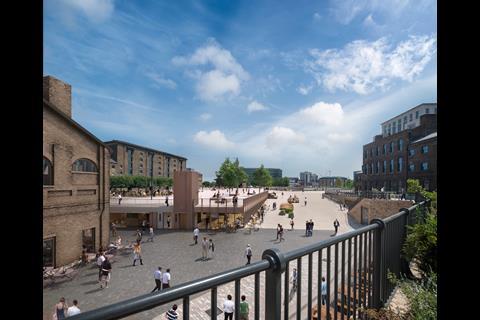 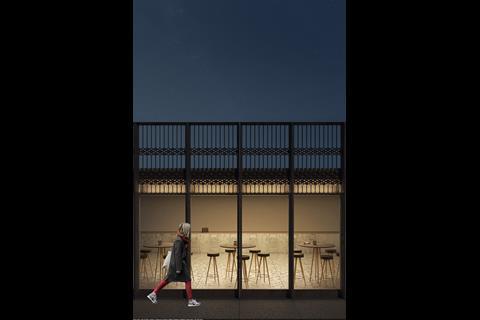 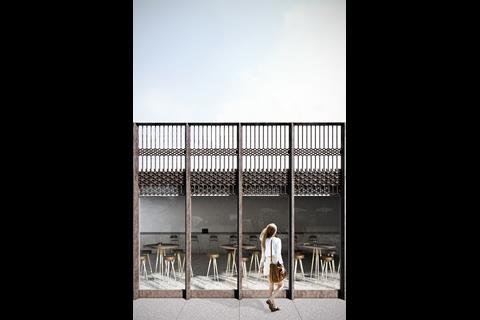 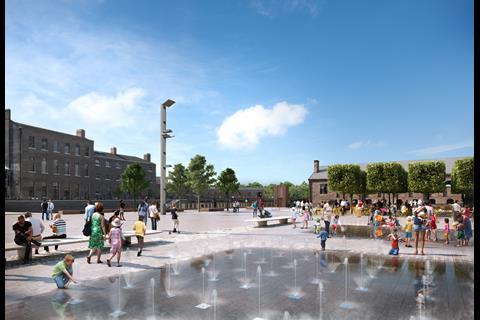 Bell Phillips has won planning for a pavilion in Granary Square, the architect’s third public realm project at King’s Cross.

The pavilion is described as the final piece in the design of Granary Square. It will stand at one of the entrances to the new Coal Drops Yard retail development designed by Heatherwick Studio which opens next autumn.

The single-storey pavilion will house a café extending the full length of the southern elevation as well as public toilets.

Set into the slope, it forms a bridge between Granary Square and the cobbled ramp taking shoppers into Coal Drops Yard.

A decorative cast metal façade envelops the building, with patterns reminiscent of Victorian cast ironwork and an abstraction of the chemical formation of coal.

Bell Phillips also designed Gasholder Park beside Regent’s Canal and a second pavilion which will sit within the future landscape of Jellicoe Gardens.