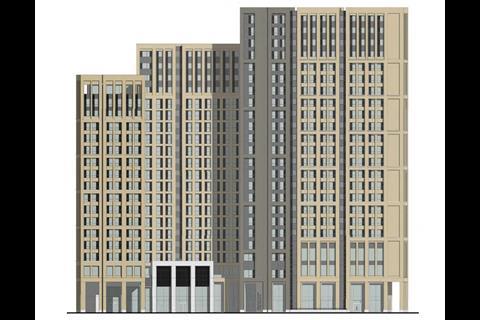 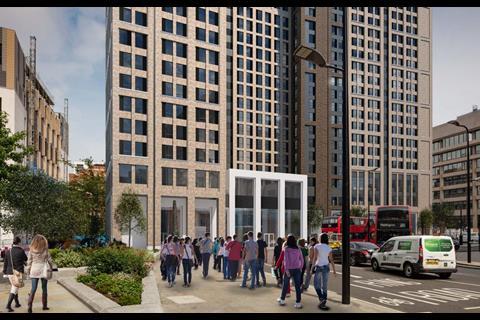 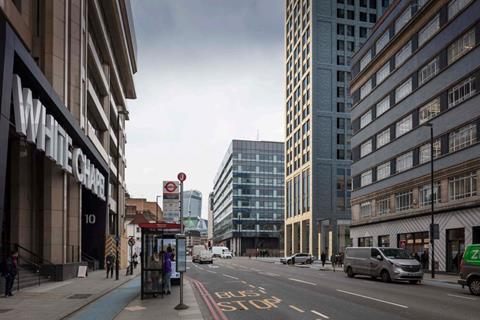 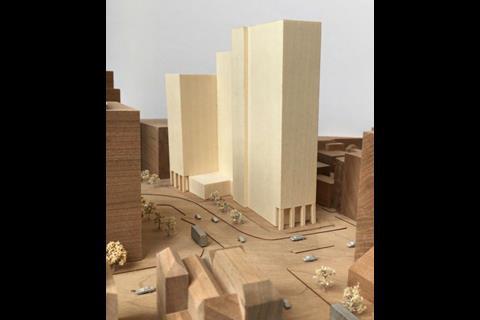 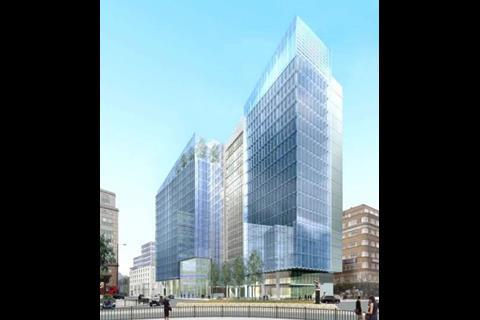 John Seifert Architects' 2007 office scheme for the site, at the junction of Middlesex Street and Whitechapel High Streeet

The proposals, drawn up by Architecture PLB, would occupy a 0.23ha site at the corner of Middlesex Street and Whitechapel High Street, near to Aldgate Underground Station. It currently houses an electricity substation, which would be demolished but reprovided under the scheme.

PLB’s design would deliver 1,052 student bedrooms, of which around 100 would be studio apartments, in a block that steps up from 18 storeys at its north. The project site is a short distance south of TP Bennett’s 34-storey Nido Spitalfields student accommodation tower.

The application, lodged with Tower Hamlets council this summer, also includes 2,462sq m of office floorspace, 441sq m of “incubator” floorspace for start-up businesses, and a 228sq m unit for use as a shop or a café.

The site previously had consent for a 17-storey office block designed by John Seifert Architects, granted in 2007, before the global financial crisis. 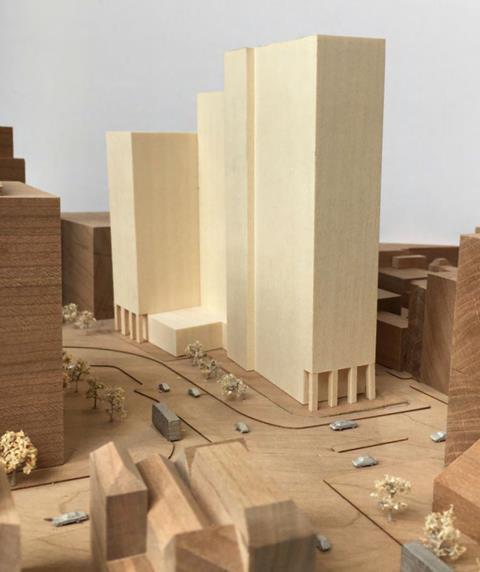 Documents supporting PLB’s application said the proposals were presented as three, co-joined, rectilinear blocks with their long elevations orientated east-west as part of an acceptance that the building’s form and massing needed to be broken down.

“Throughout the pre-application process officers have been supportive of the principal [sic] of the tall building on the site, whilst emphasising the acceptability of the proposed scale and massing was dependent upon the design response and architectural articulation,” they said.

They added that Tower Hamlets’ design and conservation advisory panel had been given a pre-application presentation on the proposals in April and had been “satisfied” with the proposed massing of the scheme, but suggested “additional variation” across the elevational treatments.

The authority has yet to set a target determination date for the proposals.