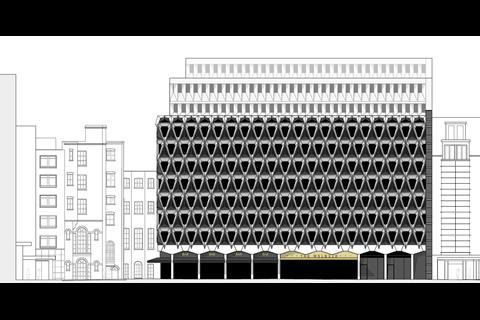 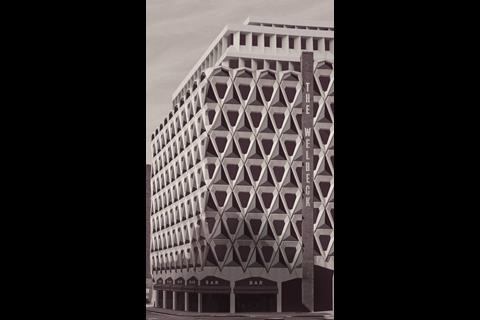 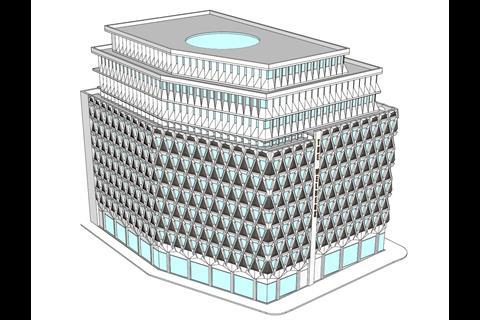 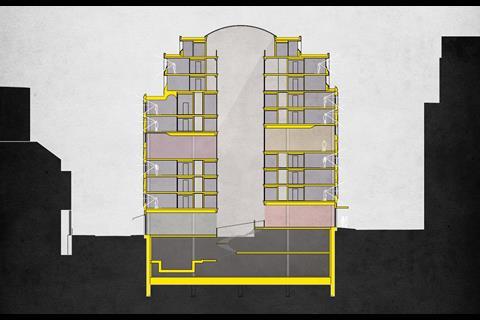 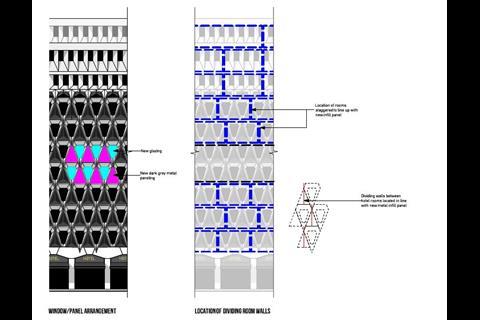 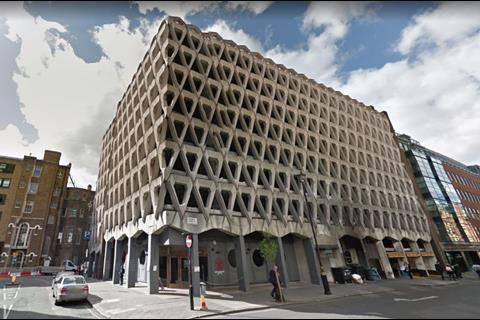 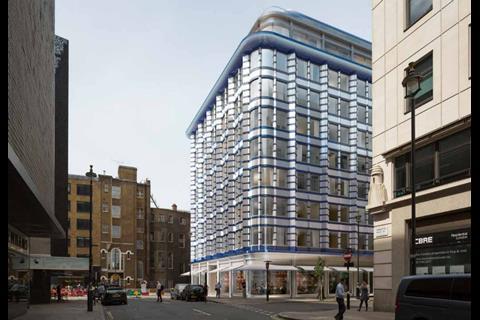 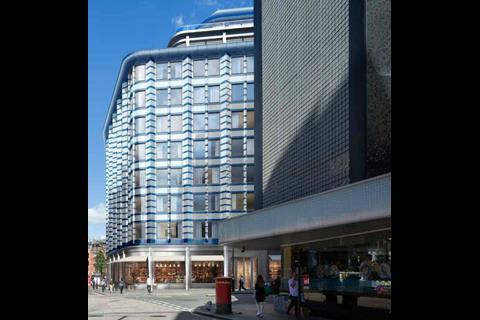 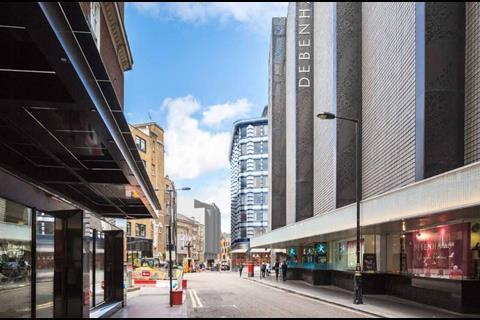 An east London architecture practice has come up with a proposal to save a distinctive 1970s car park from demolition by converting it into a hotel.

Parry’s design team said it had examined the potential to adapt the pop art structure, but concluded that the 2.1m height of its levels prohibited the reuse of the building’s frame, while retaining its façade would entail “potentially costly re-engineering with a considerable loss of floor area”.

Among the flagged-up façade issues was the difficulty of matching the existing apertures with new hotel floor heights.

However Hackney-based JAA Studio has developed proposals for the car park that it says would allow the retention of the façade. Its plans would add three set-back storeys and two basement levels.

JAA director Jenny Fleming said the practice recognised the structure’s existing low car-park floor-to-ceiling heights and downstand beams meant that the floors within were not fit for purpose, but said it would be feasible to reuse the building’s façade.

She said JAA’s solution was to form an extra-high fourth-floor restaurant and bar space halfway up the existing facade, then set out the floors from this point both upwards and downwards.

“This building immediately stops you in your tracks and lifts the spirits,” she said.

“If not the earliest example of a pop art-inspired facade, it is certainly a rare architectural find in 2017, being one of the few examples to survive in London.

“We signed the petition to try to prevent demolition but wanted to do something more so sat down and started to investigate whether the new proposed use –  that of a hotel – could work within the existing fabric.” 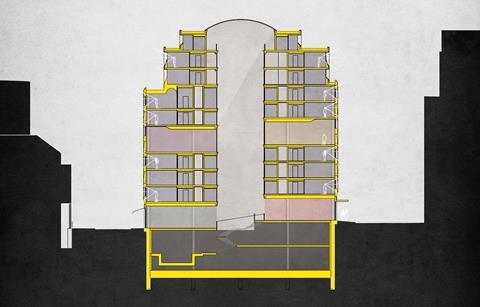 JAA’s design deals with the subdivision behind the façade by infilling the lower triangles – between the diamond frames – with a dark metal facetted panel, which allows for the positioning of new dividing walls as well as any new air inlet/outlets for the bedrooms. The remaining larger openings would be glazed to allow interestingly framed views out to the surrounding city.

Welbeck Street Car Park was denied listed status earlier this year by the Department for Culture Media and Sport, on the advice of Historic England.

The government heritage adviser said that while the building “stands out nationally as an exemplar of 1960s car parks”, it did not compare well with “more striking and slightly earlier commercial buildings in the pop art movement”.

Catherine Croft, director of the Twentieth Century Society – which campaigned to get the car park listed, said JAA’s proposals were an example of the kind of thinking that would provide a future for significant modern buildings.

“We have to get away from this short termism of ‘out with the old and in with the new’ and come up with more imaginative solutions which will allow us to adapt and retain these important buildings,” she said.

“They are a valuable legacy which add to the richness of the fabric of our architectural heritage and the best examples should be safeguarded for future generations.”

A petition calling on Westminster council leader Nickie Aiken, London mayor Sadiq Khan and communities secretary Sajid Javid to save the structure has now gathered more than 2,200 signatures – among them JAA’s.

The mayor “strongly supported” the hotel-led redevelopment of the site in principle in his initial consultation response to developer Shiva Hotels’ application earlier this year, but asked for sustainability improvements to be considered, as well as for the incorporation of a taxi rank into the scheme.

Khan has yet to issue his final thoughts on the proposals in a so-called “Stage 2” decision. 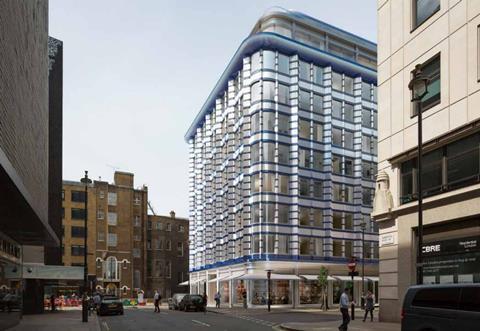