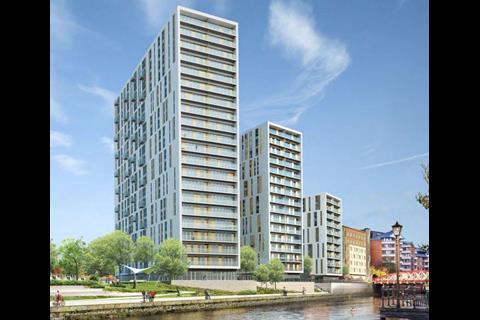 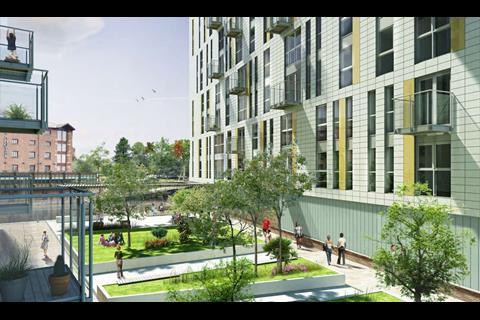 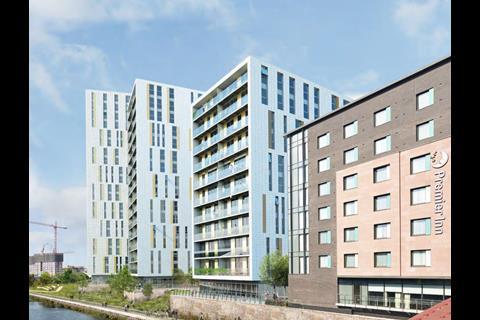 The three AHR blocks together 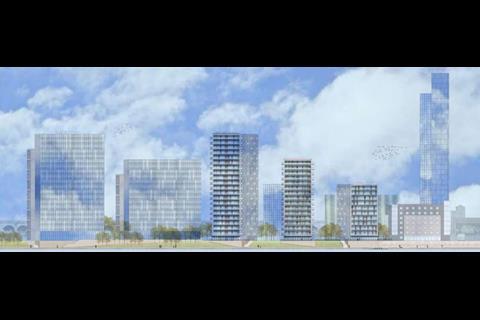 Salford Central from across the River Irwell

199-home riverside block to be tallest of three sister buildings

AHR Architects is seeking detailed planning permission for the tallest of three residential blocks it has designed for the banks of the River Irwell in Salford.

The 21-storey block would contain 199 homes and accompany two shorter neighbouring buildings the practice has designed for the New Bailey section of the Salford Central regeneration area, being developed by the English Cities Fund.

The fund, which is a partnership between the government’s Homes and Communities Agency, Muse Developments and Legal & General, has outline permission for the site, while the 11- and 16-storey sister buildings are in varying states of completion.

Development team planning consultant Ryan Grant, of DPP Planning, said the scheme would contribute to the ongoing regeneration of the area.

“The development will provide an attractive riverside residential environment for its future occupiers and along with the wider New Bailey area and proposals over the river in Manchester,” he said.

The AHR Salford Central blocks from across the River Irwell

Grant added that the development would “fundamentally change the preception of the area from one of temporary, surface car parking to that of a permanent, vibrant city centre neighbourhood”.

The New Bailey section, situated in between the River Irwell and Salford Central Station, is designed to be an extension to Manchester’s central business district.