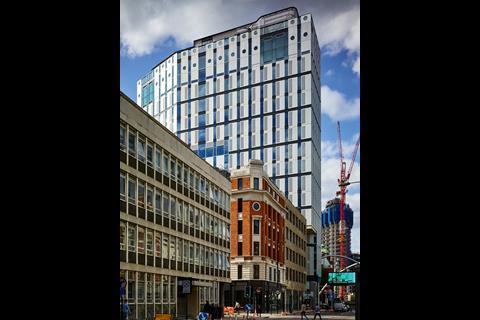 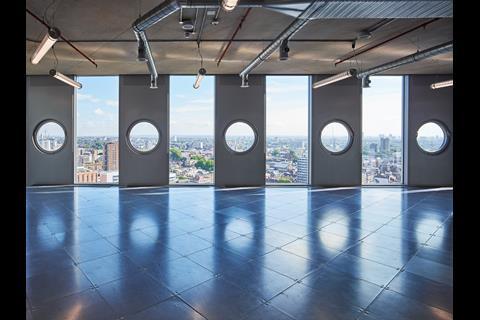 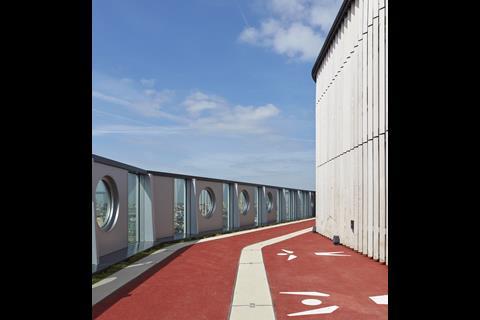 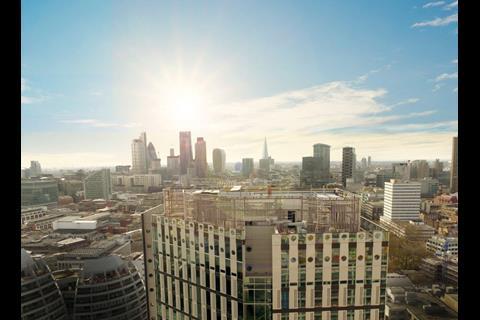 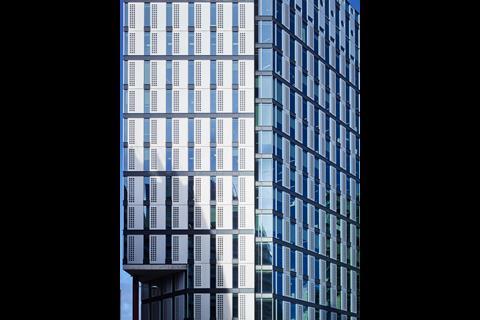 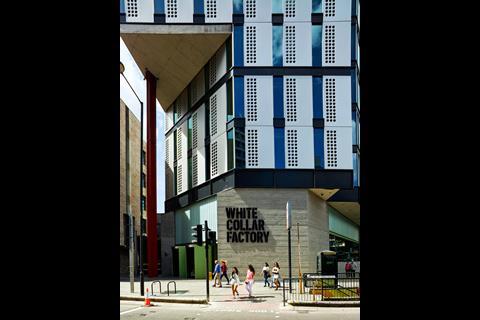 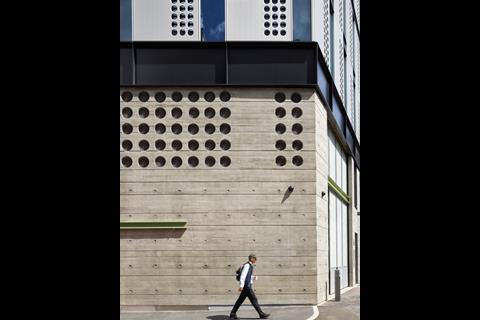 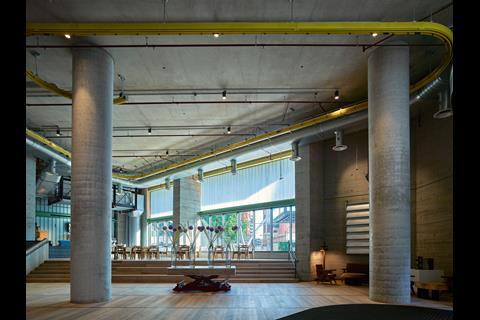 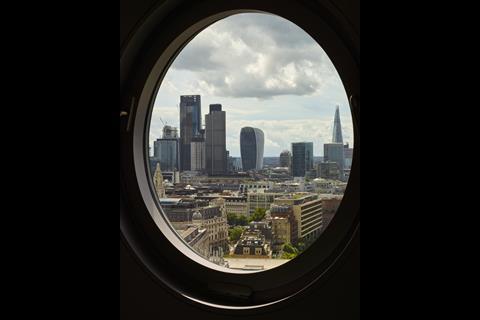 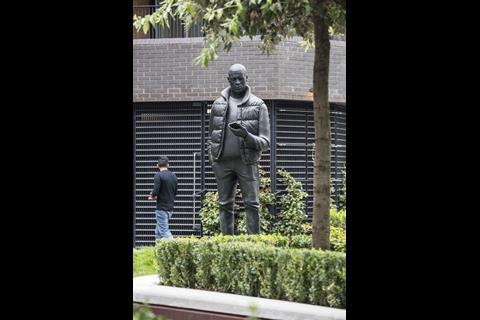 The complex of buildings, which is 16 storeys at its highest and delivers 27,200sq m of new space, was designed for developer Derwent London and is due to become home to software giant Adobe, flexible workspace provider the Office Group, and credit firm Capital One among others.

AHMM said Prouvé’s design ethos of “logic, balance and purity” had been a driving force for the development, which includes a rooftop running track and passive temperature-control systems with a bespoke “concrete core cooling” system at its heart.

Director Simon Allford said that in line with Prouvé’s thinking, the development had been designed to “achieve more with less” and boasted a pragmatic, hard-working design guided by the principle that every element must perform one or more functions.

“White Collar Factory is the product of over 20 years of collaboration with Derwent London,” he said.

“What began as research project into the design of an idealised 21st-century office building evolved over time into a suite of six buildings of light, volume and character, gathered around a new public space, Old Street Yard.

“Each of the six, through their generosity, elegantly and economically accommodate the programmes of today, those we anticipate in the future and those we cannot yet imagine.” 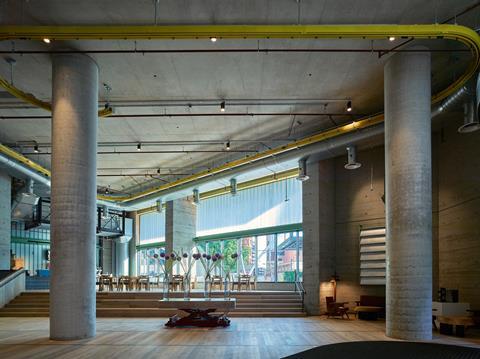 AHMM said that one aspect of the research – aided by structural engineer AKT II and consultant Arup – had looked at why 19th-century warehouses and factory buildings had enjoyed such longevity, and how these structures could inform and inspire a sustainable development.

The development is rated EPC A, BREEAM Outstanding and LEED Platinum.