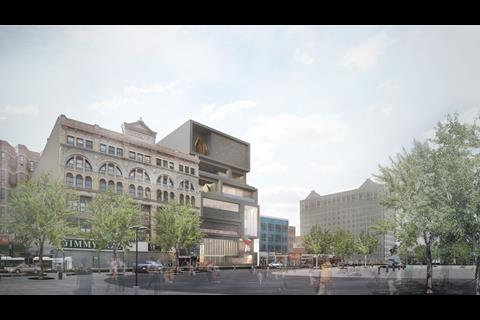 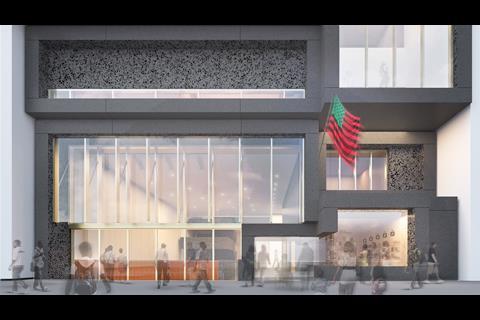 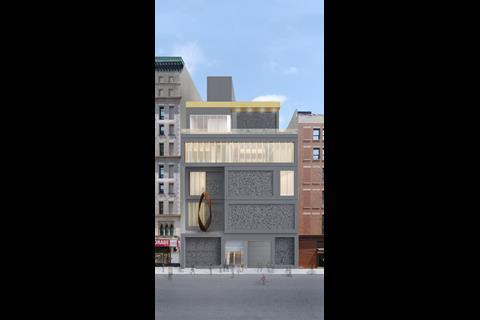 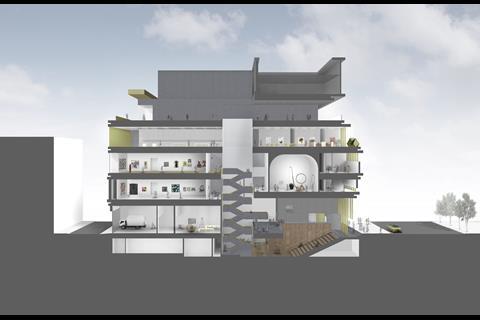 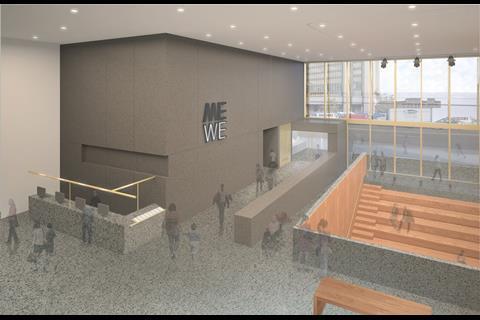 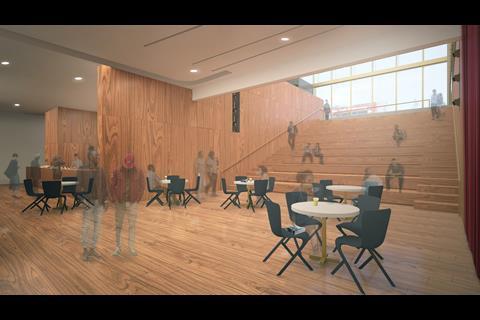 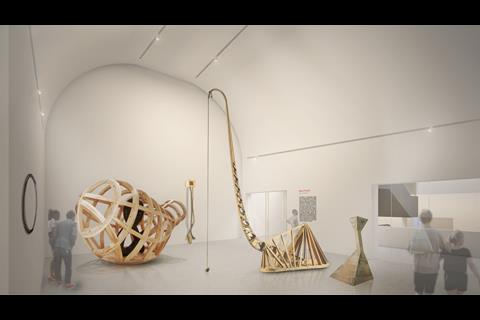 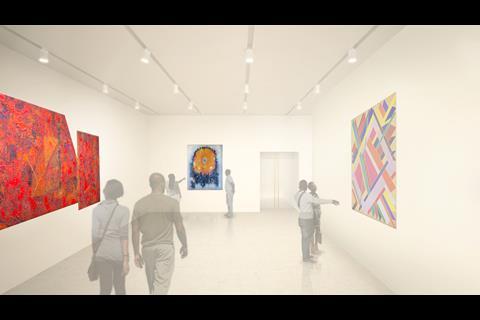 The Studio Museum in Harlem has released images of its new building which has been designed by Adjaye Associates.

The 7,600sq m project will break ground next year on the site of the museum’s existing home on West 125th Street, a century-old commercial building that was adapted for the museum in the early 1980s by late African-American architect J. Max Bond Jr.

The new building, designed in collaboration with executive architect Cooper Robertson, will mark the 50th anniversary of the institution which champions local artists and those of African descent.

It will contain a welcome centre, café and screening area on the lower level; galleries for temporary exhibitions and the permanent collection on levels 2, 3 and 4; an education centre and barrel-vaulted double-height gallery on the third floor; staff offices on the fifth; and a roof terrace for events.

Niches on both the 125th and 124th Street elevations will display outdoor sculpture.

Adjaye said his design would provide the Studio Museum with a dynamic, sculptural facade contrasting strongly with the surrounding commercial buildings but taking its cues from the brownstones, churches, and bustling sidewalks of Harlem. 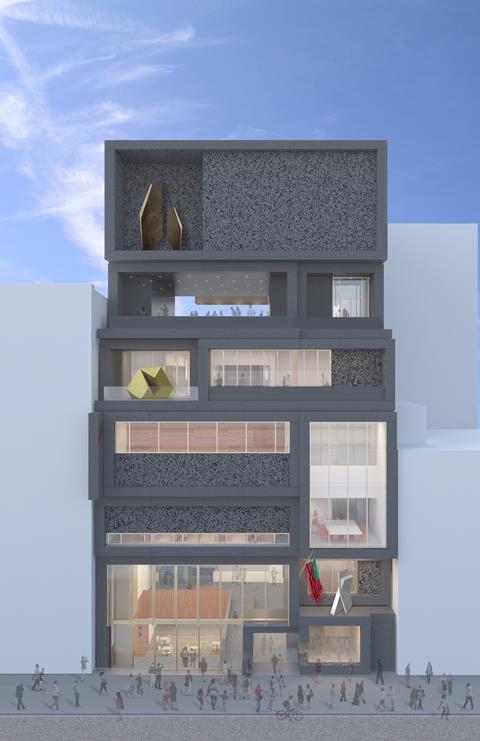 The building has a porous, welcoming presence at street level, a light-filled core that soars up through the entire interior, and a tiered public hall, which the architect has likened to an “inverted stoop” that invites people to step down from the street into a multi-use space that will be free and open to the public during museum hours.

“Above all, we have sought to create spaces that celebrate the rich heritage of the institution, its relationship with artists and its role as a pillar of Harlem’s cultural life,” he said.

“Inspired by the architectural character of the neighbourhood and featuring various scales of gallery space that speak to the diverse needs of contemporary artists, the design seeks to ensure that artistic dialogue remains at the heart of the museum.”

The project will increase the museum’s space for exhibiting and conducting its artist-in-residence programme by 115% and increase its space for education and public programmes and public facilities by nearly 50%.

The museum said 70% of a $175 million capital fundraising programme – to pay for construction and running costs and create an endowment – had already been raised thanks to the city of New York and various individuals, foundations and corporations.

Raymond J. McGuire, chairman of the board of trustees, said they were grateful for the “outpouring of support”.

He said: “Fifty years ago, our visionary founders answered the urgent and necessary call for this institution to come into existence.

“Since then, its work has proved to be instrumental in transforming the entire cultural landscape. Literally hundreds of vital artists, and the countless people who have been touched by their creations, can look back today and say in wonder and gratitude that, if not for the Studio Museum, the cultural world would be a vastly different place.

“Now, as we begin the next half-century of our history, we look forward in confidence to the great things we will do in our new building, designed especially to manifest our extraordinary mission and programme.”