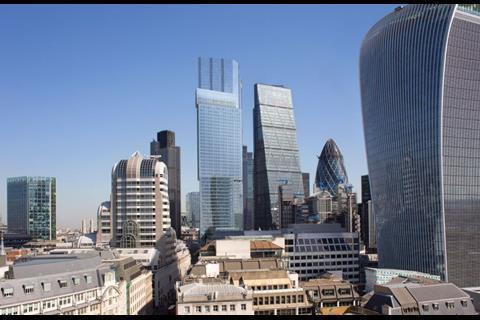 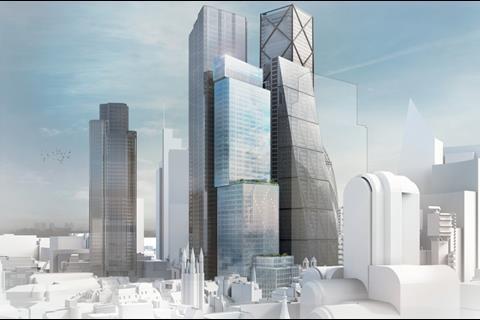 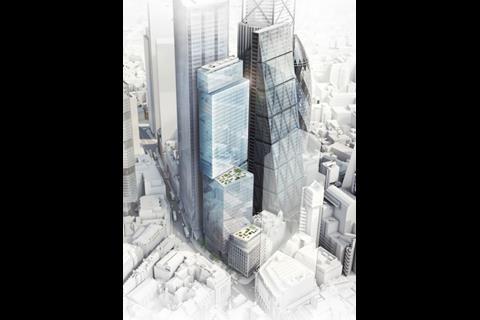 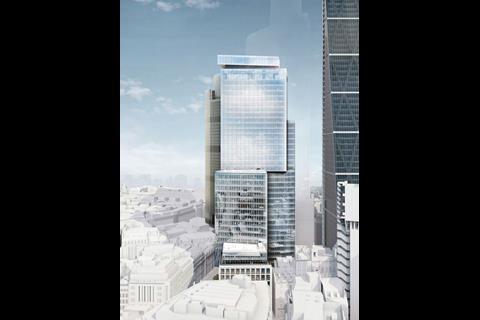 The 40-storey version of 6-8 Bishopsgate 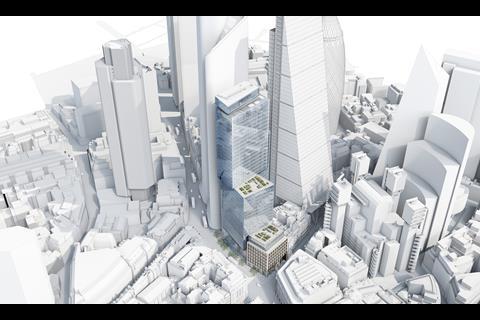 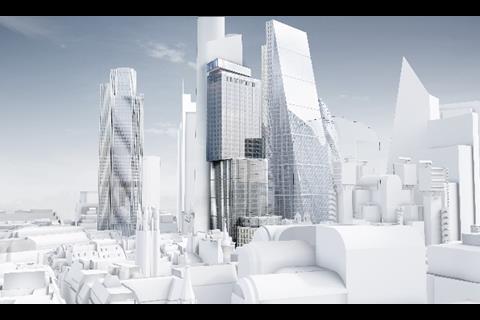 Wilkinson Eyre has won planning permission for a revised version of its “Prussian Blue” development in the City of London that raises its tower element to 50 storeys.

The extra height approved for the development, at the corner of Bishopsgate and Leadenhall Street, will make it the Square Mile’s fourth-highest building – either constructed or planned.

Wilkinson Eyre won permission for a 40-storey version of the Prussian Blue scheme – drawn up for Mitsubishi Estate London – in 2015, before seeking to add additional floorspace by extending the approved form earlier this year.

The enlarged structure will deliver 86,000sq m of office space, an increase of 15,000sq m on the earlier incarnation. The City said that with shop, café and restaurant space the development would host around 4,500 jobs.

The scheme also boasts a top-floor public viewing gallery which the City said would be available free of charge to 50 people at a time, and be served by a dedicated entrance and lifts.

A stone-clad nine-storey element to the development is a feature of its southern elevation.

“The stepped form of the earlier scheme is retained but is taller while keeping a similar proportional relationship between the different blocks,” he said.

Chris Hayward, chairman of the City of London Corporation’s planning and transportation committee said the developer’s keenness to boost the scheme’s size demonstrated “confidence in the City’s status as a business district following [the UK’s] decision to leave the European Union”.

City planning officers had recommended the proposals for approval, despite acknowledging that it “minimally” breached the angled slope of the Leadenhall Building in views looking east along Fleet Street – important for the context of St Paul’s Cathedral. 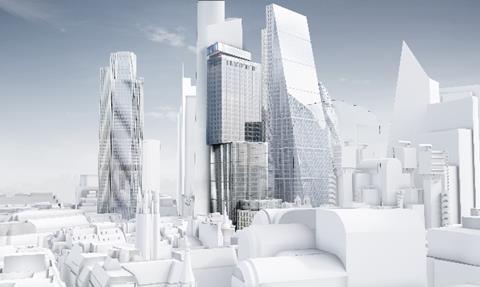 They told planning and transportation committee members that Wilkinson Eyre’s updated design was an improvement over the scheme consented in 2015.

“There is a stronger vertical emphasis and the overall increase in cantilevering, especially in the case of the corner block, [which] results in a more dynamic and eye-catching appearance,” they said.

“In addition, the uppermost block’s more assertive proportions result in a stronger visual termination to the building.”

Objections to the proposals came from one local resident, who complained of loss-of-light issues. Planning officers said the impact would not be measurable.

The owners of the Leadenhall Building also objected to the scheme’s increased height on the grounds that the additional 10 storeys would “negatively impact on the amenity” of the most high-profile occupiers on the upper floors of the building.

Officers said: “This is a private view from an area that is not publicly accessible There is no right to, or protection of, such views.”

Following the City’s approval, the scheme will now be referred to mayor of London Sadiq Khan.