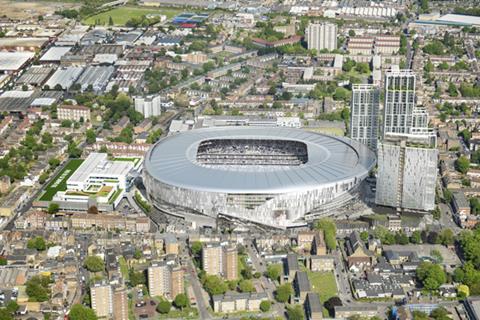 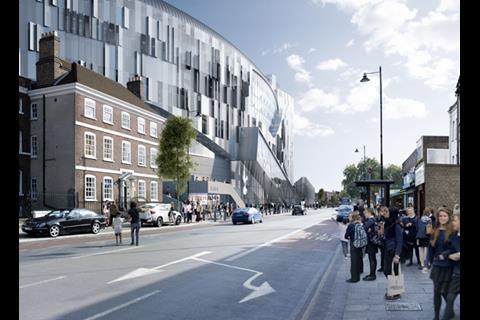 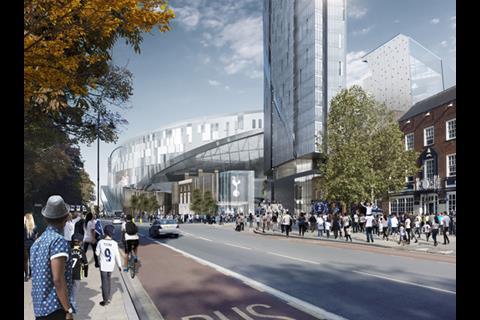 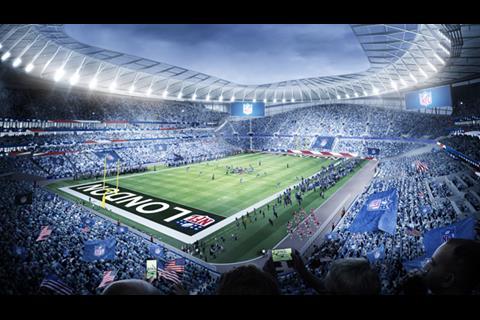 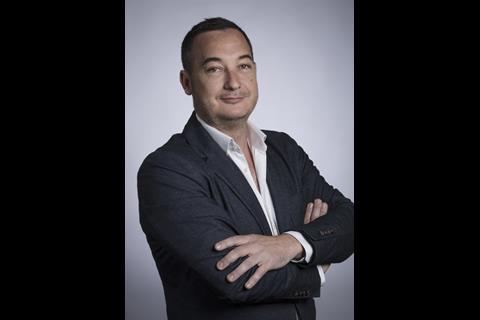 The architect behind Tottenham Hotspur’s new ground was also the lead on the home of arch rivals Arsenal, the Emirates stadium.

Populous has released details of the new ground for Spurs – which will go one better than Arsenal’s with its capacity set to be 61,000, eclipsing the capacity of Arsenal’s 60,432.

The revised capacity will mean it will eventually be the biggest club stadium in London.

Lee told BD that Levy approached the firm to review the scheme back in 2013, which had then been designed by KSS with a capacity of 56,000.

“He contacted us completely out of the blue,” Lee said. “Arsenal was never really mentioned when we spoke. Daniel and I got on well and he liked what we were talking about and he asked us how we could produce a better scheme for him.

“He’s the kind of chap who’s always looking to improve and does nothing but demand improvement.”

Lee said the capacity would be fixed at 61,000 with nothing in the design that would allow it to be expanded further.

“It’s a case of what is right for the site, their fans and their own needs,” Lee said.

The ground has been redesigned, partly with the NFL in mind after the club agreed a 10-year deal to host a minimum of two gridiron matches a season.

An artificial pitch for NFL games will be laid below the grass football pitch while the ground also includes a single-tier stand holding 17,000 people, making it the largest of its kind in the country.

And the scheme will include a ‘Sky-Walk’ that will allow visitors access to the top of the stadium roof. Lee said it would be similar to the walk over the O2 Arena and will include an observation deck on the edge of the roof.

It will also include an indoor climbing wall as part of an Extreme Sports centre and a visitors’ centre with an interactive museum of club and local heritage.

Also working on the development is Allies & Morrison which is behind 579 new homes – up from 285 homes – next door to the new ground while Donald Insall Associates is heritage architect – the firm is working on the Grade II listed Warmington House which is being incorporated as part of the museum.

Plans are due to go in to Haringey council after the summer with main construction work expected to begin in the first quarter of next year. The club is due to move into its new home in time for the start of the 2018-19 season.