Scheme is one of 52 government initiatives on city fringe

A team featuring SOM is preferred developer for a redevelopment on the eastern edge of Paris.

The Charenton-Bercy project is one of 52 government initiatives on the outskirts of the French capital which make up the Grand Paris development plan for the wider metropolis.

It will include an 180m tall hotel and residential tower along with a new rotunda building that will form part of a tech hub for the city.

The scheme will incorporate 115,000sq m of residential and 240,000sq m of commercial space including offices, shops and an aquatic centre, plus a primary school and nursery. 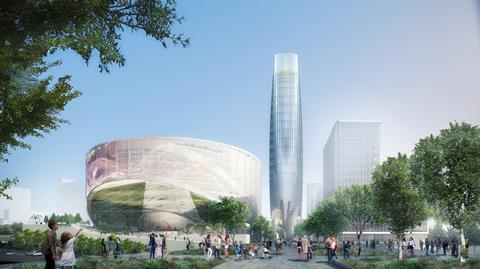 The scheme will include an 180m tall tower