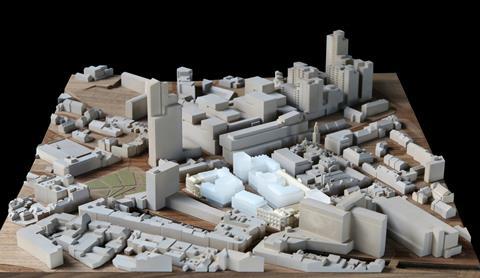 The £160m project, for client Powis Street Estates, covers 1ha and includes the refurbishment of five existing buildings and the addition of four new brick blocks.

Alan Shingler, partner at Sheppard Robson, said the design involves “a series of deft interventions that help embed the development within its urban context. 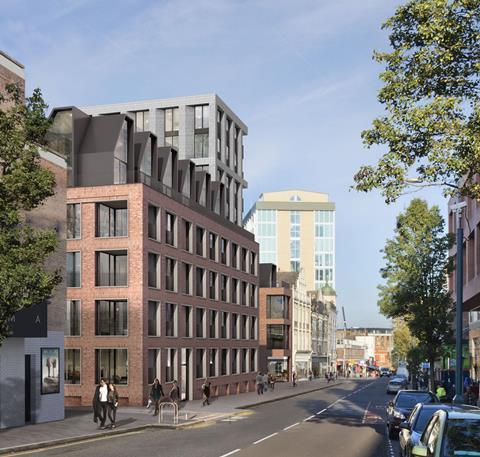 “While the architectural language of the new blocks is distinctly modern, we have referenced the surrounding – mostly Victorian – buildings and high streets.”

The design positions lower-rise blocks, made from red brick, around the perimeter of the site, with the scale and materials used deemed to be consistent with the adjacent highstreets.

The three taller new buildings have been designed in a lighter brick, which Sheppard Robson said “help signal entrances to a new public realm”. 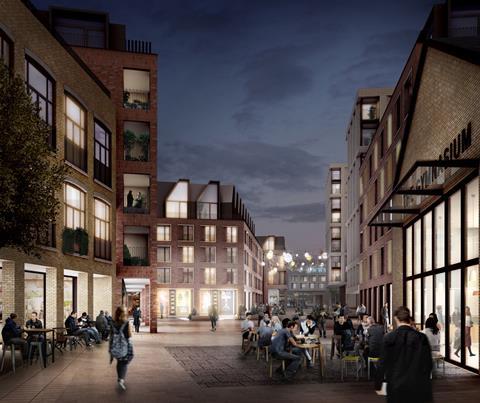