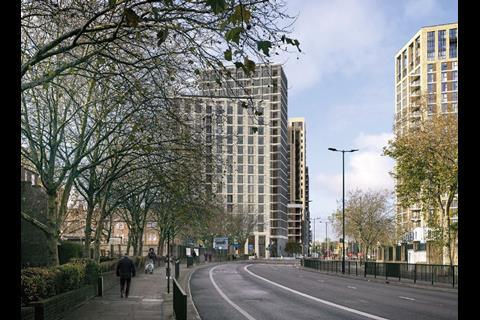 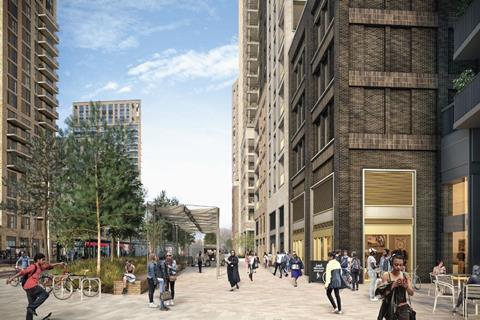 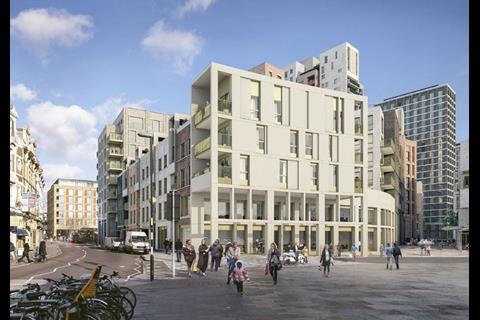 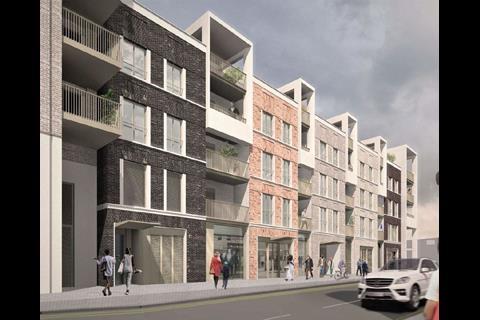 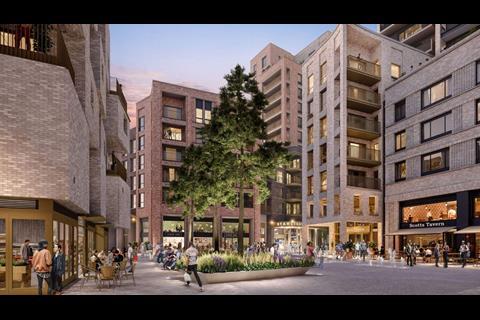 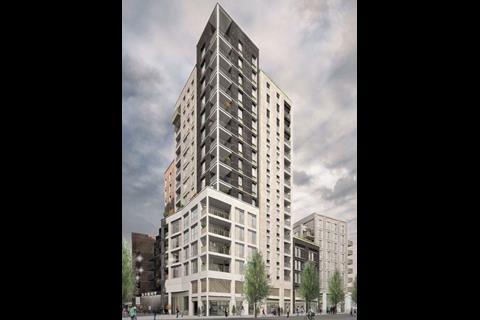 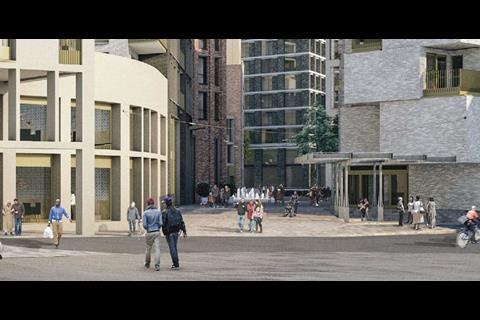 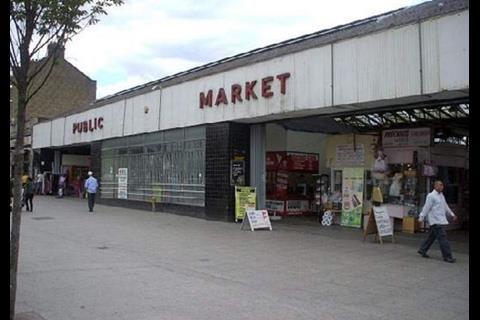 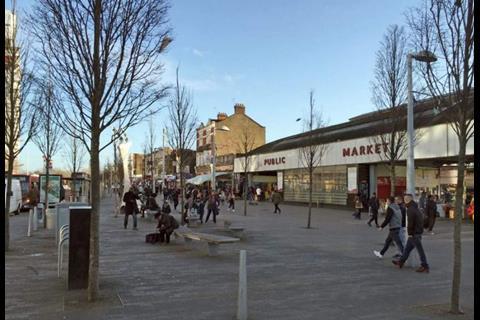 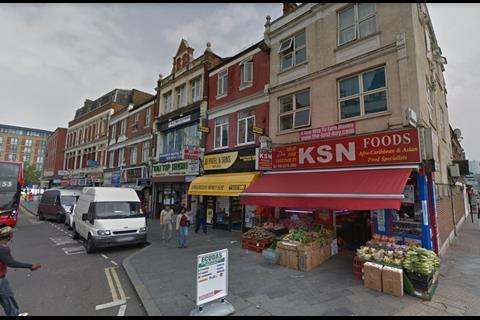 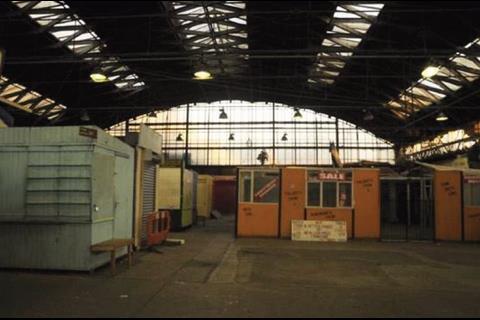 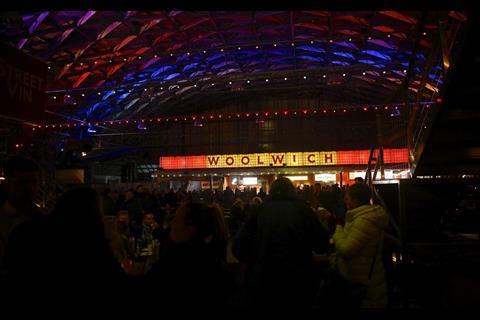 A run-down but pioneering 1930s market building in south London has been awarded grade II-listed status in a move likely to necessitate a major redraw of a 700-home town-centre regeneration scheme.

Government heritage adviser Historic England last week gave Woolwich Public Market crucial national recognition because of its Lamella roof structure – which it said was the earliest of its kind known to survive in the country, and which has a 29-metre span.

Demolishing the market, along with a selection of locally listed Victorian and Edwardian shops and an inter-war neo-Georgian employment exchange, was a key element of regeneration plans for Woolwich, drawn up by Panter Hudspith Architects and Glenn Howells Architects.

In addition to 742 new homes, the “Spray Street Quarter” – created for developers St Modwen and Notting Hill Housing group – would have delivered 6,000sq m of retail space, 3,500sq m of leisure space – including a new cinema – and a new nursery on a 2.3ha site opposite the Royal Arsenal.

The practices recognised the significance of the market’s German-designed Lamella roof structure – more typically found in aircraft hangars and other industrial buildings – and proposed to reuse retained bits of roof in their six-block scheme of up to 21 storeys. 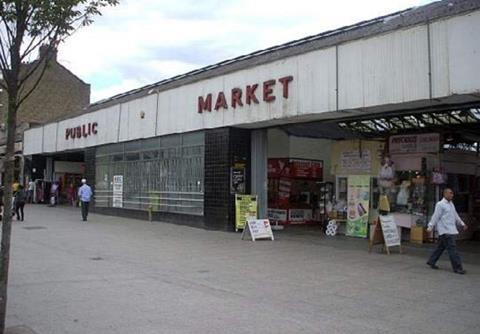 Woolwich Public Market, which features a Lamella roof that the 20th Century Society has successfully fought to preserve

However in a design and access statement submitted with the plans, lead architect Panter Hudspith said keeping some of the 2.3ha scheme’s more significant buildings –  such as a run of shops in New Woolwich Road – would compromise the overall scheme and reduce the number of homes delivered.

Campaign group the Twentieth Century Society subsequently sought listing for the market building, which ceased being used for its original purpose last year. It currently houses a pop-up food court run by the Street Feast business.

Caseworker Grace Etherington said the market was one of the most publicly accessible of the 16 known Lamella structures remaining in the country and following last week’s decision was now protected for future generations to appreciate.

“We hope that a permanent use that celebrates the building’s unique form can be secured, and that the proposed development be reconsidered to provide a sympathetic neighbour to the area’s historic buildings,” she said.

“Demand for venues such as Street Feast shows that there are options for a permanent viable use which celebrate the building in its original format, and contribute to the local economy and community. 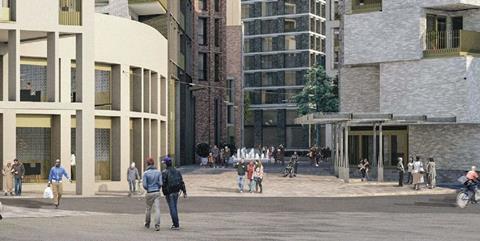 “The building’s listing offers protection from demolition and alteration and we hope that the developers take this opportunity to adopt a sympathetic approach to the area’s historic character.”

She added that the market building, which opened in 1936, was the largest non-military building in the UK to use the Lamella system, and was considered highly important on both a local and national level.

Lamella roofs consist of pressed steel struts bolted together to form a diagonal grid. Historic England’s listing states that Woolwich Public Market is a good, unaltered example “built at a scale which clearly demonstrates the structural capability” that is the UK’s earliest known surviving example in the UK.

It said that around 100 Lamella-roofed structures were known to have been built in the inter-war years, but the method’s popularity dwindled after “a couple” of collapses in the 1940s that were caused by the weight of snow. 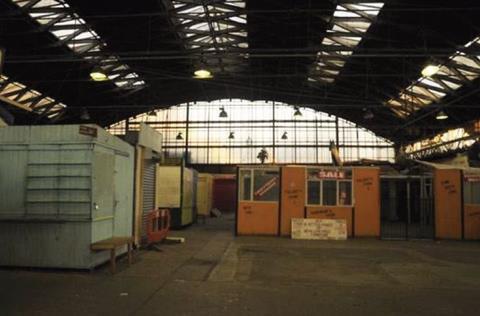 A spokesman for Spray Street Quarter LLP – which brings together St Modwen and Notting Hill Genesis, as Notting Hill Housing Group is known following its merger with Genesis Housing Association – said options for the Woolwich scheme were being reviewed.

“We are very disappointed by the decision to list the former covered market, which forms an integral part of the Spray Street Quarter regeneration site,” he said.

“We will now be working with the council to consider options for the future of the site.”

The Royal Borough of Greenwich said the listing decision was a “setback” for the council’s ambitions to regenerate the site and would “undoubtedly delay” the current redevelopment proposals.

“The council will continue to work with the developer to see if a scheme can be developed that accommodates the newly listed building whilst delivering the much needed homes and jobs for Woolwich,” a spokeswoman said. 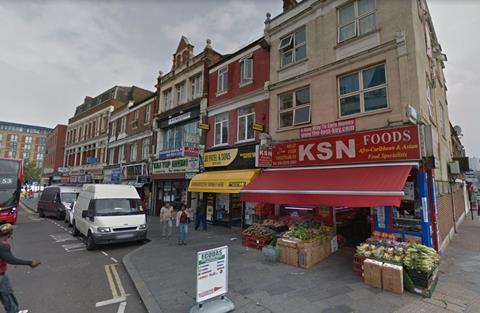