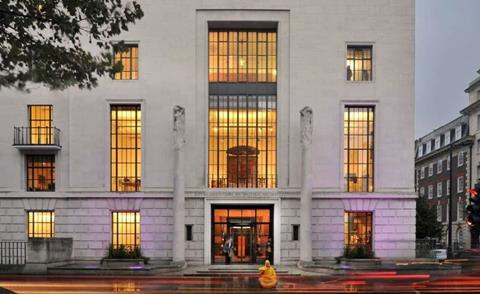 The fraud squad is investigating the RIBA over a complaint made by one of the people hoping to be its next president.

Elsie Owusu accused the institute of mislaying £1.1m of members’ funds. Her complaint relates to a loan taken out in 2013 to lease and refurbish 76 Portland Place as offices for its staff.

The City of London Police confirmed the complaint was now being assessed by its National Fraud Intelligence Bureau.

Owusu told the Times: “I’ve decided to speak out now because if I win the election I’ll be forced to sign some rolled-up-trouser secrecy deal, and if I lose it’ll just be called sour grapes. 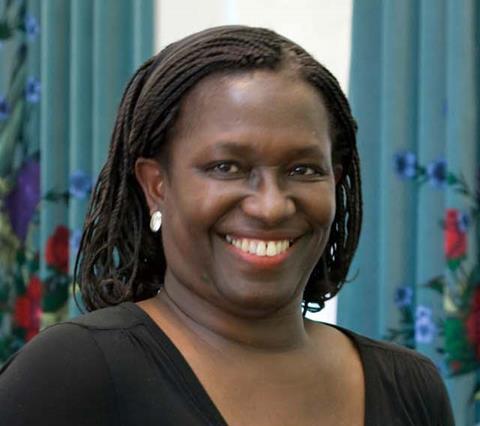 “I have been reluctant to take this step, hoping the RIBA would commit to proper action, but it is obviously quite the reverse. It seems that possible wrongdoing may be being covered up.”

The RIBA said it had an “incredibly robust” defence. A spokeswoman said Owusu had made the same complaint to the Charity Commission last year, triggering a detailed internal audit of the institute’s accounts. Ultimately the commission said the RIBA did not need to be investigated further, said the spokeswoman.

As a trustee of the RIBA Owusu had seen these accounts, added the spokeswoman.

“Action Fraud is the UK’s national reporting centre for fraud and cyber crime. Action Fraud does not have investigation powers, the reports taken by Action Fraud are sent to the National Fraud Intelligence Bureau (NFIB) who collate and analyse intelligence on fraud, and makes the decision to send crimes to law enforcement agencies for investigation, disruption and prevention purposes.”

This is the latest in a series of disputes between Owusu and the institute she hopes to lead. In 2015 she accused it of institutional racism. 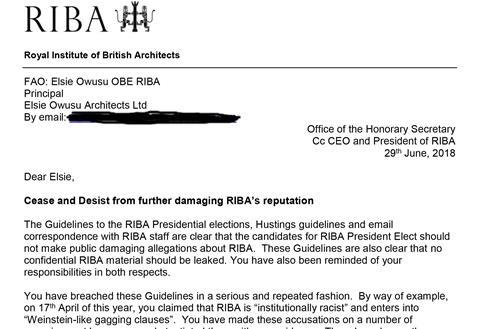 And last month the honorary secretary, Kerr Robertson, sent her a legal “cease and desist” letter requiring her to stop making “damaging allegations” about the institute after she suggested the chief executive, Alan Vallance, earns six times the average architect’s salary.

Owusu is one of three candidates for president, along with Alan Jones and Phil Allsopp. Voting is taking place at the moment, with the result due to be declared on August 9. The winner would take over from Ben Derbyshire next year.

UPDATE: The RIBA issued this statement this afternoon:

“In June 2017 the RIBA Board and in July 2017 the RIBA Council were presented with the detailed expenditure on the 76 Portland Place project and the trustees agreed that this expenditure was fully accounted for.

“At RIBA we take great care to manage our finances prudently in accordance with our charitable purpose and to the benefit of members, society and the communities we serve.

“RIBA’s accounts are reviewed annually by external auditors who have given an unqualified report to each set of annual financial statements for the period in question. We will of course be cooperating fully with the police if approached in the hope that this matter is resolved as soon as possible.”