Why RIBA presidents are always doomed to fail

We must double the term of office if we want the profession’s figurehead to achieve anything meaningful, argues Mark Middleton 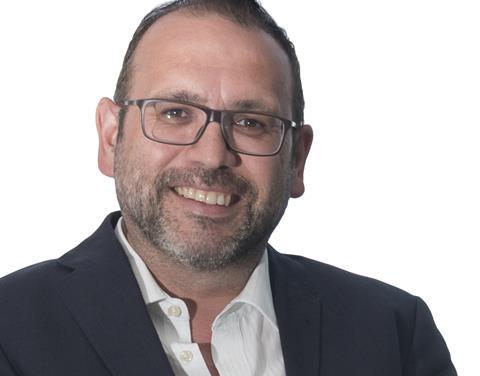 One thing is certain: it wouldn’t have taken very long to count the ballots in the RIBA presidential election. But then again it never does. With an 18.97% turnout, just one in five bothered to vote and Alan Jones emerged as our new president.

Turnout rates have been fluctuating between 16% and 18% for a decade. The election of Sunand Prasad in 2006 was a notable exception when 27% rushed to the booths. I have to say I had high hopes that there would be a better turnout this year as the campaign was certainly spicier than usual, making the pages of the Guardian and the Financial Times who referred to it as a “bitter” campaign. I was convinced that with extra coverage and accusations of institutional racism, financial mismanagement and death threats, our collective interests would peak. But no, a mere 3% more voted than two years earlier. It did make me wonder what it would take to get us interested, but I don’t think that even a celebrity death match between the next presidential candidates, Hunger Games-style, on the steps of Portland Place would see the turnout bother the 30% mark.

A proud professional body such as ours has every right to expect at least 50% of members voting in its elections. This is not only for it to have any sort of legitimacy, but because a higher turnout rate would also serve as a clear indication of our engagement. At present one could conclude that as a collective most don’t care about the RIBA or who its president is. I think most believe it to be largely a ceremonial position, something to reward a hard-working professional and give them a leg up on to the New Year’s honours list.

Voter apathy is the ugly child born from voter concern about where the power actually lies and the feeling that voting will not make any difference to them personally. Perhaps we believed that Sunand, with his larger profile, would make a real difference to the RIBA and that’s why we voted in greater numbers.

I am not criticising any of the individual candidates’ perceived strengths or commitment. They won’t succeed or fail because of their effectiveness. They will not succeed because the deck is stacked against them from the start. They don’t have the time to do anything meaningful because their term of office is too short at two years, and the power doesn’t really lie with the president; it lies with the Council members.

The president is only given a two-year shot at making a difference and even then they have to spend a year of that with a “president-elect” lurking around in the background like a bad smell. After completing two three-year terms as managing partner at Grimshaw’s London studio, I know that two years is not enough time to recognise and address the problems. Even if a future RIBA president arrived with a strategic plan already in place, the sitting disparate Council would be unpicking the stitching as soon as it was being sewed

The best gift the profession could give future RIBA presidents is time. Put simply, they need longer in the job. Even Donald Trump has been given four years with the potential for a further term. Longer terms would mean more chance of each president making their mark. If an election happened every four years we might actually become interested. We should also look at overhauling the RIBA Council, as it doesn’t seem structured in a way that will achieve anything significant. It has the feel of a parish council and it needs to be a government. Why can’t the Council be smaller and include members appointed by the new president to help them fulfil their mandate, as a prime minister selects a cabinet?

We as a profession have to decide whether we want to keep the RIBA pootling along as it is, with a largely ceremonial figurehead and a biennial merry-go-round of architects stepping on and off at a dizzying pace, or real leadership.

The RIBA needs to change in order to give any future president and our professional body the best chance for success, and it can start by empowering its figurehead and give them the tools they need.