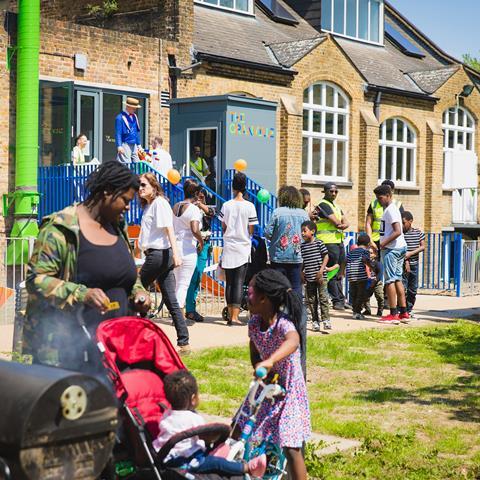 RCKa has completed a mixed-use workspace and community hub in South Kilburn which it says could be a model for other local authorities.

The practice described The Granville, housed in a 19th-century church hall owned by Brent council, as “a truly ambitious example of mixed-use, community-led regeneration”. 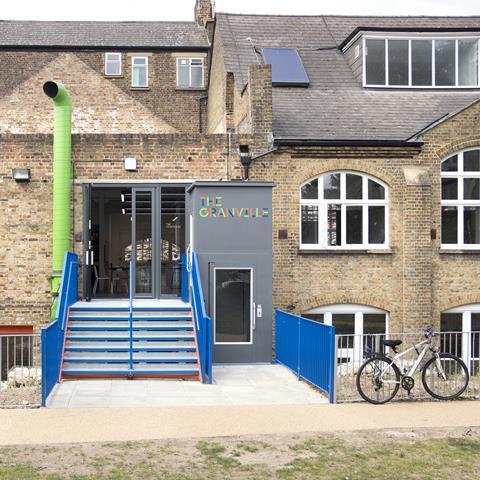 It provides affordable workspace for local entrepreneurs and incorporates existing uses ranging from a children’s centre to a community kitchen.

RCKa co-founder Russell Curtis said: “As a way for local authorities to sweat their assets and have them do something meaningful rather than sit empty, it could be a model.” 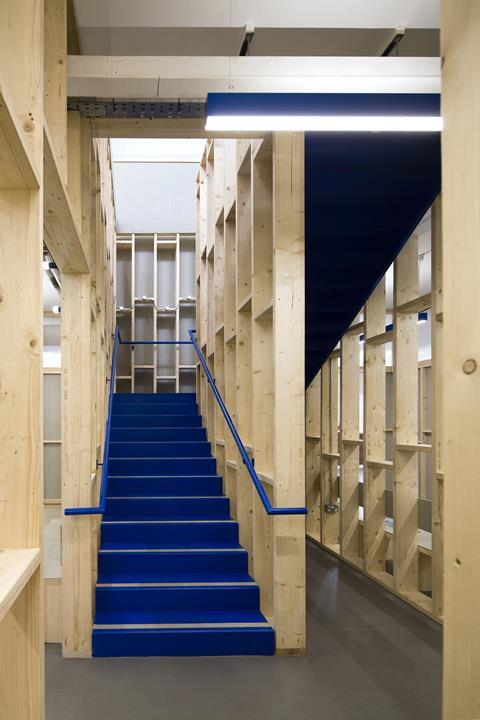 Funded through the GLA’s London Regeneration Fund, the £650,000 project is the result of a two-year partnership with local people and a number of bodies including the South Kilburn Trust, all determined to bring a treasured community asset back into full use.

Fellow RCKa director Dieter Kleiner said the practice was intimately involved from the outset, setting out a commercially viable long-term vision for the project which enabled capital funding to be secured and a new future for the building to be realised. They also took stakeholders on day trips to exemplar projects. 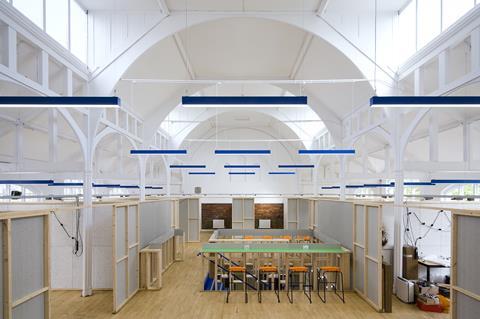 Using low-cost materials they created a series of open studios around a new bright blue staircase, which connects users on both floors and accentuates the height of the hall.

The ambition was to create a triple-height market hall space, where on arrival you see all the activity going on in individual studios and experience the buzz of creativity. 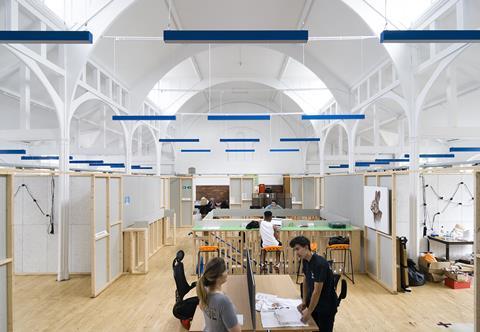 The building culminates in the original church hall – now the enterprise hub – a double-height space with slender timber columns and large windows which flood the interior with natural daylight. 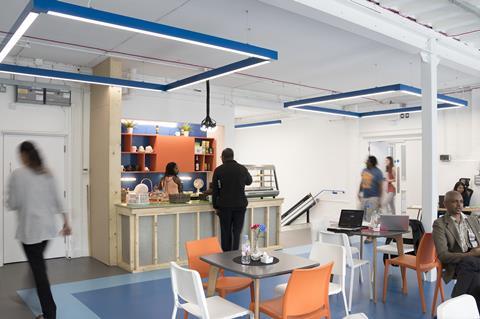 Kleiner said there were two key moves. A brightly coloured public entrance and arrival sequence encourages use of the existing gardens and delivers visitors directly into the heart of the building while resolving complex access issues. Secondly, the creation of a public “living room” and cafe rationalises circulation and increases flexibility where previously there had been only cellular rooms. 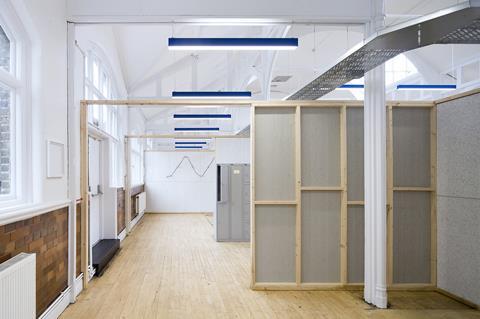 “This open space encourages entrepreneurs to be aware of their neighbours, fostering creative collaboration and a communal environment,” added Kleiner. 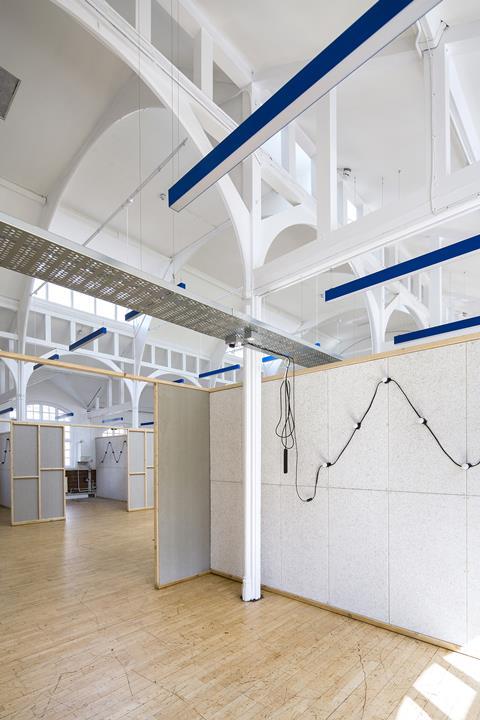 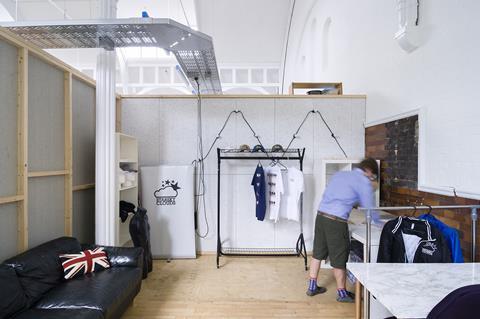