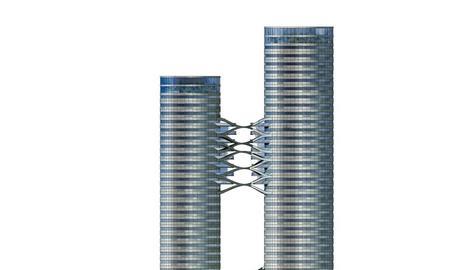 Plans by Make for fast food giant McDonald’s first major mixed-use project in the UK are likely to be rejected by Tower Hamlets Council, which says the site is inappropriate for family housing.

Make had drawn up plans for the Helix London scheme for a traffic island site in Poplar, east London. The proposed development has two towers, of 29 and 35 storeys respectively, comprising 355 homes and 48 serviced apartments, plus shops, offices, a gym and creche — and a “flagship” drive-through McDonald’s.

But it has emerged that the council’s planning committee is unanimously minded to reject the scheme — against the advice of planning officers.

At a meeting earlier this month, the committee demanded a further report on the project to address its concerns. It is understood to have fundamental objections to a residential-led scheme on the Blackwall site.

“The committee thought the proposals had a high quality of design, but the site is essentially a roundabout and would not be suitable for residential family accommodation,” Labour councillor Joshua Peck said.

“It wouldn’t be impossible for the committee to change its mind [at the next meeting], but there were some people who felt pretty strongly that it was the wrong site.”

The fast food chain’s decision to lodge the plans comes as it reviews its UK property portfolio. Worth at least £1 billion, the portfolio is managed by Henry Trickey, who joined McDonald’s in July. Previously, he was director of real estate at Starbucks, where he was credited with opening its first UK drive-through outlet, in Wales, earlier this year.

McDonald’s has 1,193 sites across the UK and is currently “identifying potential development opportunities” but is not thought to be pursuing any other firm proposals.

A spokesman for McDonald’s said: “We are revising the accommodation schedule in the development to address the issues raised. We will submit these revisions to the council soon.”