Will Alsop: He never stopped fighting for what he believed in

As the profession mourns the loss of one of its finest, we reprint this piece by Will Alsop from 2004, just after his Fourth Grace had been canned by Liverpool council. It shows him at his fiery best

Why Will has no Grace

If the axing of my Fourth Grace has taught me anything, it’s that politicians may demand iconic architecture but they actually want safe designs with no financial risk attached 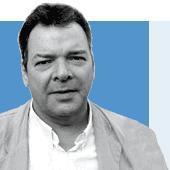 I have written before about the effects of risk avoidance on architecture and design, but it is not a subject that suffers from overexposure. The consequences of too little design innovation and too much bean-counting are stifling our nation, and indeed most developed countries around the globe.

The picture is an increasingly depressing one, dominated by the banks and their line of least risk. True to their policy of only lending to those who already have enough money, they will not entertain the idea of underwriting a genuinely new idea. Having handed over the reins of power to these financial behemoths in the interests of capitalism, we now face a future run by fat cats at their most corpulent. The large become larger, but by the resultant cycles of consumption and easy money we store up a barren legacy of pollution and ugliness for a population characterised by obesity, ill health and poor education. How does this affect architecture?

To begin with architecture has yet to recover, in public perception, from the beating it took in the oil-crisis years, when society’s ills were blamed on the rampant march of modernism throughout the 1950s and 1960s. More recently, our profession is now seen as the permissible face of the cultural imprint going by the name “regeneration”. There is growing discontent among my peers that aspects of this movement (wrongly called “iconic”) are tokenistic – the gossamer-thin application of veneer to grave urban problems. But has regeneration – if we must use that word – by design actually been tested? Building winking bridges, concert halls or esoteric museums might seem frivolous when compared with the need to build decent schools, housing and hospitals. But local authorities, arts organisations and various quangos cry out for these symbols. Do not blame the architect for the short-termism, false economy and greed of the average politician or official keen to maintain their clutch on the greasy pole.

After our purdah in the 1980s, architects have been allowed out to play. But not for long. Having said they want iconic or signature architecture – which has popularised our cause and brought the profession to a wider audience – politicians are now back-tracking, fearful they will be held to account for the cost. So are architects to be put back in the box, like tin soldiers? The volume housebuilder, the commercial developer, the public development agencies and the accountants act as if architects are now surplus to requirements. But the appetite of the public for symbols of change has been whetted. They are not ready to be told that the lottery and millennium largesse is now over, and that they should steel themselves for a new austerity darkening the towns and the cities. Recent public projects have been managed to the point of expiration by nervous committees and their project managers, and the private sector, with a few notable exceptions, has not taken up the challenge of a dynamic or interconnected public realm.

Our practice’s work on urban visions has meant a direct and extensive interface with broad user groups across the UK. From an initial scepticism, I have come to find these experiences a refreshing reminder of the real state of things. Unshielded by advisory groups, planners and other obstacles to partnership working, the people who live in these places – and so make them work – have a more imaginative take on their own environment. Their vision outpaces our own in breadth and ambition. At its best, the engagement of the public is no stale outreach exercise, but a healthy debate about past and present, roads and trees, homes, shops and people. The predetermination of so many urban solutions reflects the cynicism, conservatism and greed of those who have, or court, economic security.

Government and big business conspire to engender bigger and blander enterprises in urban forming. But a spark remains. We should be embarrassed by the passion of individuals, community groups and amenity bodies for their buildings and towns – it throws into sharp relief our own ponderousness and apathy. The risk-averse are trying to suppress the groundswell, but it will not be so easily dispersed. It will become a surge that sweeps away all those who are so good at saying “no”.

Will Alsop died on Saturday after a short illness. This piece first appeared in Building magazine in October 2004.