The Royal Academy of Dramatic… Architecture

How can we design wit into buildings, asks Phil Coffey, as he celebrates the playfulness of the late Bryan Avery 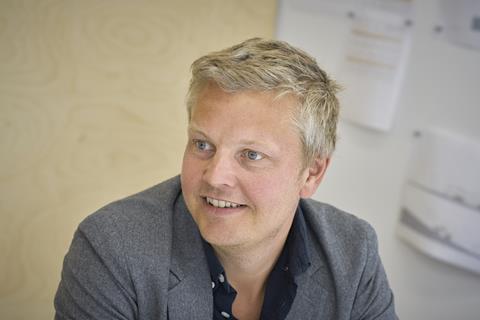 At noon on June 21, architects, actors, family and friends gathered to watch a shaft of light pass through a cleft cut into the dense architecture of the Royal Academy of Dramatic Arts on Gower Street. This shaft of light passes deep into the building and gently caresses a bust of George Bernard Shaw. The moment was architecturally choreographed by the late Bryan Avery.

Standing soaked in light alongside the bust, Michael Attenborough expressed how his father Richard had chosen Avery as the architect for the project. He confirmed it was based on his high intellect, his ability to connect to people and, most importantly, his wit. “Wit,” he said, “expresses humanity.”

Expressing humanity through architecture is a fine ambition, but how do we do it? Wit in architecture works when played on a convention. For the deviation to work there must be expectations and familiarity. With no understanding or play on the normal, such moves can look more like an architectural joke. These generally lose their humour pretty quickly.

Following Michael Attenborough’s gracious talk, guests were fortunate enough to get inside the Jerwood Vanbrugh Theatre, a theatre that breaks convention. A practical, delightful and surprising space, for a theatre of this size, it is much admired around the world for its flexibility. It has an unusual modifiable proscenium arch with an enviable number of different performance settings.

The Jerwood Vanbrugh was also the first theatre in the UK to use a wire tension grid for access to the theatre lighting, a practical solution and an incredible experience to walk on for those lucky enough to get the opportunity. The theatre’s balconies also have open balustrades, at once making the space more intimate and “hot” for the students learning their craft on the stage and encouraging viewers to lean forward and intensify the atmosphere.

Perhaps these individual elements aren’t “witty” to lay people. Wit doesn’t necessarily have to be understood to be enjoyed, but to actors these moves are challenging and bring a sense of engagement and joy to their everyday work. They make actors think and make them smile.

In a suitably erudite conversation that took place on the stage, Edward Kemp, the director of Rada, raised the issue of a glazed ocular window that draws light in from the cleft to the rear of the auditorium. Kemp couldn’t say enough about this hidden jewel of a performance space in the heart of London. He had never worked in a theatre that had daylight before. Intriguingly, he declared that every day since he took on the directorship in 2008, he has been determined to devise a setting and a performance that used this natural light.

Perhaps that’s what wit in architecture is. The loss of perceived perfection, traded for surprise. A change of context as a contrast. An irritant in a comfortable space. A composition or element that makes you think and enriches the experience of architecture above the everyday.

In the Jerwood Vanbrugh, Avery challenged the client and users to think about the humanity of the space. He created a space that still engages them today by understanding the deep history of theatre design and offering wit to twist from the mean.

George Bernard Shaw, a renowned member of Rada and a man of acerbic wit, once said: “We don’t stop playing because we grow old; we grow old because we stop playing.” Avery never grew old and Rada is a fine example of how he brought his literally “playful wit” to those who experience his buildings.