Should architecture be for Anywhere or Somewhere?

It’s more than 30 years since Kenneth Frampton brought us critical regionalism but in today’s political landscape it’s as relevant as ever, argues Ben Flatman 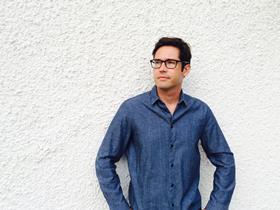 A recent book addressing the “populist” revolt that has shaken the UK political establishment has interesting resonances with old debates within architecture.

In Anywheres vs Somewheres: The Split that Made Brexit Inevitable, political commentator David Goodhart identifies one of the key new social and cultural divides in the UK as being that between those who identify as being from a specific locale – the “somewhere” – and the usually university-educated, more mobile “anywhere”. In his analysis, the latter group are the winners in the globalisation race – confident in their ability to navigate its challenges and comfortable within a diverse and geographically untethered global culture. In contrast, the “somewhere” are less well-off and less well educated. They are much more likely to live in and identify with the area in which they were born and probably still live – rooted by a stronger sense of connection to the peculiarities of place and local culture.

Goodhart’s book, with its underlying critique of immigration and free movement, has been interpreted by some as a proto-manifesto for an anticipated forthcoming Tory government. Theresa May has recently spoken out about the importance of attachment to place: “If you believe you’re a citizen of the world, you’re a citizen of nowhere. You don’t understand what the very word ‘citizenship’ means.”

In some ways Goodhart’s book also echoes old debates within architectural theory about how to address the apparent conflict between modernity and a desire for a sense of meaning and place that go back decades. Kenneth Frampton’s seminal 1983 essay, Towards a Critical Regionalism, became a touchstone for many architects seeking to navigate the shifting theoretical and cultural terrain of post-modernism, Thatcherism and the rapidly collapsing certainties of the Cold-War era in the late 20th century. Critical regionalism, with its emphasis on the indirect architectural inspiration offered by a specific place or site, became a key influence, whether consciously or not, underpinning much architectural practice and education for an entire generation.

Like almost every other successful architectural idea, consumer capitalism has already appropriated critical regionalism, commodified it and turned it into a marketing tool.

Critical regionalism was specifically an attempt to address the conflict between a homogenising, “anywhere” consumer and design culture, and an instinctual belief in the value and importance of a “genius loci”. As the UK enters a new period of uncertainty and change, these themes may assume a renewed resonance among architects. If the Brexit vote was at least in part a reaction against globalisation and the perceived detachment of “anywhere” metropolitan elites, then should architecture have a response or reaction to this latest “populist” uprising?

Like almost every other successful architectural idea, consumer capitalism has to some extent already appropriated critical regionalism, commodified it and turned it into a marketing tool. Today, almost as if in deliberate parody of Frampton’s essay, it has become the norm for developers’ marketing brochures to reference the history and context of the site, and the importance of “place”. Meanwhile, the actual architecture on offer is often little more than the “anywhere” post-modern set-design that Frampton was reacting against.

Frampton sought to identify a way of reconciling the conflicting economic pressures and cultural yearnings inherent in modernity. His response was to emphasise the centrality of place in providing value and meaning to architecture and human lives. In his new book, Goodhart also emphasises the importance of place, shared values and community, but from a reactionary standpoint, advocating greater control over the actual movement of people.

These are perhaps simply the inevitable tensions arising from the rapid change engendered by globalisation, which is itself only the latest stage of an accelerating process of economic and cultural change that began with the industrial revolution and which has yet to fully play itself out. Does this week’s election success for Emmanuel Macron in France represent the start of a concerted fight-back by the globalising “anywhere” or perhaps it’s just another stage in a never-ending and irreconcilable tension between the place that we’ve come from and the place that we’re going to.