If we’re to meet the zero carbon target we need to educate the people who will live in our homes, says Eleanor Jolliffe 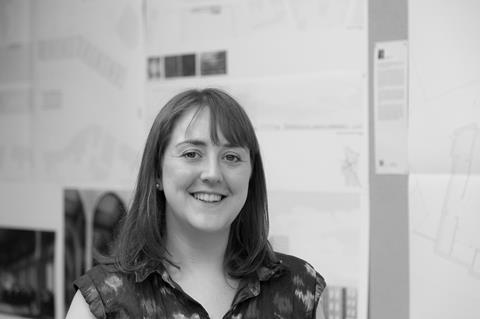 A week or so ago, returning from holiday, I found there had been a rather severe water leak in the (new-ish) block of flats where I live. It was an odd, on-and-off, leak and neighbours and building management banded together in a search for its source. Eventually, at half eleven one Sunday night (after an evening of water raining inside the walls), we found it – the bath of an upstairs neighbour, who had only recently moved in, had never been plumbed in. The pipework was all there but hadn’t been connected before the bath panel had been tiled in. She’d reported an odd noise and smell to her landlord but carried on as usual, oblivious to the turmoil below!

While it was annoying, we found the source and repairs are already underway. However the leak and its fallout have set me to wondering if we are as building literate as we would like to think. The lack of even a rudimentary knowledge from my neighbours and building manager of how water might get into a wall, soak a floor, where plumbing might run, to say nothing of not using plug sockets in a wall you can hear water running inside of, I found a little unsettling.

I and most of my neighbours, though now finding a toehold in the property market through shared ownership schemes, are firmly in generation rent. For 10 years before moving into my flat I lived in bedrooms in flat shares and student halls. During this time whenever there was a damp smell, or a strange noise, or a leaky tap I was strongly encouraged to call the landlord or letting agent. So for this decade, despite being raised to fix dripping taps, clear blocked sinks and change the odd plug I let all my DIY skills lie fallow. Landlords, understandably perhaps, would prefer that teens and twentysomethings not make problems worse by trying to fix them.

As a result, we are a rising generation of DIY novices, conditioned to believe that buildings are outside of our understanding or control. I am of course painting with broad brush strokes here. By virtue of being a reader of BD it is likely you have more knowledge than the average person.

But what has all this millennial angst to do with architecture? Simply that buildings are not usually that complex but an understanding of them seems to me to be crucially important. Especially now, with the recent fires in London residential blocks, the recommendations of the Hackitt Review, and the country’s aim of reaching net zero carbon by 2050.

I have neighbours genuinely nervous about the metal cladding on our building, despite the two stair cores in the building, new fire doors, and a completely different wall build-up to Grenfell Tower. Other neighbours are so nervous of causing damage internally that they have hired a handyman to hang pictures – not shelves, but to knock picture hooks into plasterboard.

A colleague recently told me of a neighbour with a condensation problem in their (brand new) block of flats. He had never opened the windows in the six months he had been living there and had no idea that the trickle vents should be left open for extra ventilation. It’s very easy to roll your eyes at this, but it is entirely possible that he had always lived in a poorly maintained and draughty Victorian terrace. How would he know about the air-tightness standards in modern construction and that he needed to adjust his behaviour accordingly?

Our vital goal of reaching zero carbon by 2050 will also be impacted by this illiteracy. Without even a basic understanding of how to regulate internal temperature or air quality, how can we expect people to remember to clean out the filters of an HVAC system, or to properly use any passive measures built into the fabric of their home?

I was thrilled to see the Stirling nomination for a socially rented Passivhaus development in my home city of Norwich. However, my inner cynic couldn’t help wondering how much the energy usage will creep up over the years as users ignore or misinterpret any maintenance instructions, or behavioural adaptations they will need to make. As I’ve gathered from my neighbours, most people haven’t read the home information pack which the government legislated should be included with any home sale. Ours was an uninspiring and badly formatted document, but very useful.

Currently RIBA stage 6 only necessitates the production of “as-builts”. Architects are generally good communicators, they’re one of the few people involved in a building with a comprehensive overview of the project, and they’re usually good at graphic design.

It would be extra work which the client may not be willing to pay for, but I think architects are in a very good position to provide better home information packs with basic maintenance and information not just on the finishes, but of how the home is built and any vagaries that may result from this form of construction.

With a rising generation of DIY novices and an urgent need for us to use our homes more efficiently in terms of space, energy and water, such a straightforward step might have a transformative effect.