It’s time to stop using ‘pastiche’ as a pejorative term

The word has long been used to unfairly malign architects working in the classical tradition. We need to reclaim the term and celebrate the fact that predecent and tradition are at the heart of most good contemporary architecture, writes Giles Heather 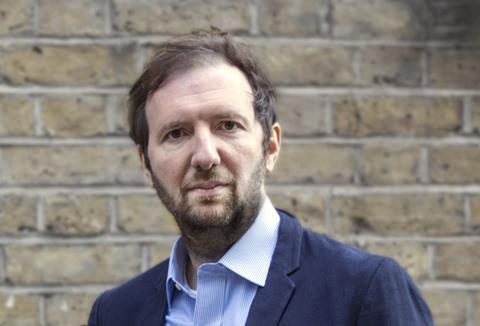 I am old enough to remember the style battles of the 1980s, and I knew which side I was on – it seemed completely self-evident that the futuristic modernity of Rogers’ Lloyds building knocked Terry’s Richmond riverside into a cocked hat.

And this wasn’t just aesthetics, this about being on the right side of history, of taking one’s place in the refreshing updraft of Progress.

What Terry was held to be up to by most of the architectural profession was something called “pastiche”, and it was certainly not cool and almost definitely morally questionable – see how those floorplates crossed those sash windows! Pearls were clutched in widespread disapproval.

It all seems faintly ludicrous now, with the prestige of architecture in the public consciousness having tanked in the intervening 35 years. Surely any intelligent architecture is a bastion against the slew of thoughtless and cynical mediocrity rising inexorably around us?

You would have thought. But still there is this tasty little word, invariably pejorative, always at the tip of more than a few of my fellow architects’ and critics’ tongues – pastiche.

Why is it then that the often inane repetition of now ropey Modernist architectural tropes gets a free pass?

British architectural culture is undoubtedly more plural than it was – George Saumarez Smith had an exhibition at the RIBA curated around his exquisite drawings a little while back. And Ellis Woodman, whose criticism has advanced the appreciation of work of sensitive contemporary architects such as Peter Märkli and Stephen Taylor, has also written sympathetically on the classicist Craig Hamilton.

At least in more intellectually open-minded circles there is a recognition that the classical language remains a legitimate means of architectural expression, at least when instantiated brilliantly.

All architecture is essentially mimetic – whether one is a modernist, classicist or anything in between. The myth of the unconstrained innovator is nothing more than amour-propre personified, outwardly expressed as arrogance and abusiveness.

Why is it then that the often inane repetition of now ropey Modernist architectural tropes gets a free pass and Pavlov’s dogs start barking wildly when a perfectly decent building is put up in a passably historicist argot? One answer reaches back to the beginnings of Modernism and its failure to propose a convincingly humane urbanism.

Granted, Modernist architecture was seldom presented with the opportunities to build cities from scratch. Despite the givenness of the traditional city, the new architecture often resented the old, primly drawing its skirts back from pavement lines and demanding to be admired in isolation.

Historical breadth and perspective is almost completely absent in an instantaneous, trash culture, where buildings are said to be cool, mediocre or pastiche

Of course, this was only one strand of Modernism. Other Modernists, framing aesthetic development within continuity, could see beyond the backstop blocking the view to pre-modernity; no surprise since they often came to Modernism from classicism. The buildings of Sigurd Lewerentz and Giovanni Muzio, for example, epitomise this civility.

But their brilliance is rare, and the lessons their buildings hold for architecture subtle. Even more than this, their sense of historical breadth and perspective is almost completely absent in an instantaneous, trash culture, where buildings are said to be cool, mediocre or pastiche.

That does not stop civilised and humane architecture remaining an urgent priority. But this depends on the recovery of an idea of history and the legitimacy and currency of diverse architectural languages, an enterprise in which some contemporary, classicist and historicist architects are rightly engaged.

This work of recovery was at the front of my mind when I recently visited the Humboldt Forum in Berlin, housed in the partly rebuilt Berliner Schloss. The baroque Schloss was severely damaged in the War and then demolished and replaced by the East German’s Palast der Republik. 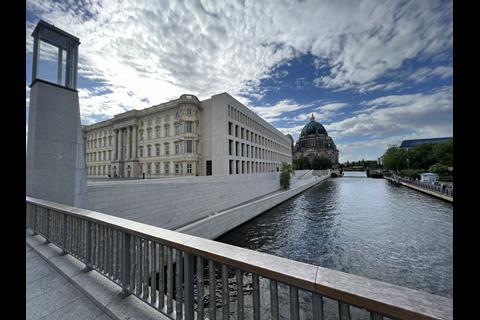 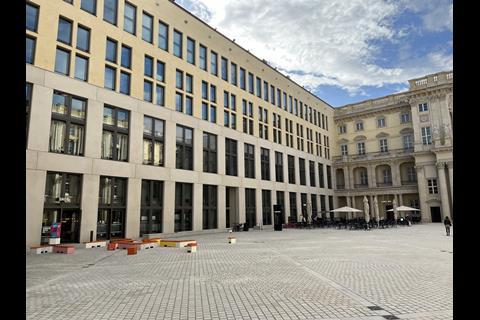 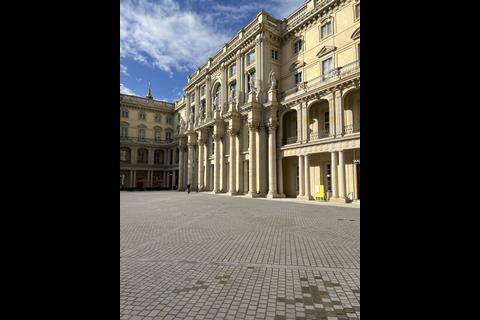 Setting aside which history is more important, the new old Schloss poses some interesting dilemmas. Of course, there was no shortage of voices denouncing the rebuild as pastiche, or Disney fantasy, and I am inclined to agree with them, but for different reasons.

It is not the new old bits that are the problem but the new new bits, designed by Italian architect Franco Stella. His elements, very faintly echoing the aesthetic of Giorgio Grassi’s hyper-literate and historically informed rationalism, are a bit of a car crash set against the meticulously recreated baroque facades.

Accuse the craftspeople involved, the masons and sculptors, of pastiche, of thoughtless imitation, and you will have completely negated the patience, love and honour they employed in their work. Stella’s work, however, is passionless, punches-pulled architecture. A poor pastiche of modernism.

Setting up a contemporary architectural contrast could have been electric, but that would have required more than lining up horizontals and, hey presto, there’s a dialogue. Here was a massive loss of conviction. We would have loved to have come up with something!

Another thought came to mind as I left; of how thrilling the Forum could have been if a classicist had been commissioned to intervene, freely riffing off the recreated elements. This would be the opposite of pastiche – someone who has absorbed and internalised a traditional architectural language and has the elan to use it boldly and without self-consciousness.

Crazy, perhaps, but the world could use more baroque fantasies, so long as the floorplates don’t cross behind windows.