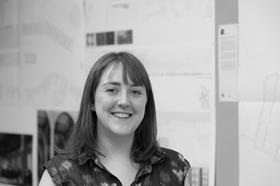 In architecture much time is rightly spent looking at how people will use finished buildings and interact with how buildings fit together. However, despite the RIBA plan of work addition, stage 7 ‘in use’ little time is spent considering how a building might function when the inhabitants move in.

This is no doubt largely down to the client’s lack of willingness to embrace the fees that a post occupancy study would incur but a more formal feedback loop would certainly be interesting, not to say likely highly instructive, to both larger developers, repeat clients and architects.

How a development is inhabited clearly defines its sense of ‘place’ and whilst place making is an overused phrase it is clearly high on the priority list of developers who seek to win planning or with units to sell.

I have recently moved onto the Greenwich Peninsula development in south east London and the developer Knight Dragon are by no means subtle in their attempt to create the kind of community buzz that will enable them to sell the unfinished high-end residential flats. The finished areas of the development are largely the areas with the highest percentage of affordable and socially rented homes. Site hoardings along my commute loudly proclaim such intriguingly desperate slogans as: “Views. Bring some. Flats available for interesting people.” and “Traditions are important in neighbourhoods so let’s invent some.”

It’s not that I believe creating community feeling is bad- I am just intrigued by the methods they are attempting to create it. Yes, there are currently lovely events near the tube station each weekend - outdoor cinemas, bike races, Pilates for toddlers, and soul music on Sundays - but I did notice a sign the other morning proclaiming ‘If you bring food and drink we can’t bring the party!!!’.

I understand the need to maintain an operating profit but I feel this blatant commercialisation will alienate the residents who have moved in, leaving tourists milling around between the O2 and the Emirates cable car to benefit from this ‘community’. This goes a long way to undermine the atmosphere Knight Dragon (or their PR) are so clearly trying to foster. With the amount of money spent on the land and high quality architecture and construction this would be a pity.

Within the buildings there is no resident’s notice board or opportunity for residents to pass information as yet, and any resident’s notes left in the lift are quickly removed by the cleaners. It’s almost as if those forms of community interaction are unacceptable as they do not fit with the image that has been PR orchestrated and approved.

However, perhaps I am being a little harsh as there is at least an attempt to create something more than a dormitory community. But I can’t help thinking of the community created in the tiny village I grew up in where the village fete did not have a celebrity DJ, the book stall had the same books on it each year (slowly working their way through the bookshelves of the village) and the bean bags for the bean bag toss had their own ecosystem of mildew from the box they were kept in in the scout hut cupboard. All highly imperfect and enough to make any event organiser hang their head in shame but it was a cornerstone of the community precisely because it had been created by the people who formed the community; well, that and the booze raffle.

Much of the initial complaints about the high rise tower block estates of the late fifties and early sixties is that these did not promote the kind of communities of the neighbourhoods being replaced, it could be argued this led to the decline of the typology. Neighbourhoods, indeed buildings of any kind, will only be as successful as the strength of the feelings of ownership and belonging fostered in the end users.

The isolated case of the carefully curated ‘community’ I am living in probably has excellent intentions behind it and isn’t exactly failing. However, I wonder if enough space is being left for the inhabitants to shape their own community. Will we instead end up with two communities on the Peninsula - one the developer has shaped and the other an alternative ‘underground’ community shaped by the residents to fit with actual rather than anticipated concerns and priorities.

Earlier this year Naked House, an affordable, stripped back housing solution finished off by occupiers was launched with much fanfare. Though largely driven by affordability, one of the aims of the group is that “we hope the process itself will build a real sense of community.” Whether this will happen remains to be seen but it certainly offers an alternative approach whose results certainly merit close observation.

Whenever something new is created it will take a little while to settle as true community does not appear overnight. Community is key to a building or development’s success and will shape the way it is lived in long after the final units are sold and the architect’s photographer has packed up and gone home. For me architecture only becomes truly worthwhile when it is inhabited and adapted by its users even if I wince at some of the design decisions made by occupiers. I believe there is a great deal to learn from this phase but I am not sure how it will ever influence the early design stages for the better when big clients and their architects are already onto the next project. Time and money needs to be spent on in-use studies- which need to listen and not hector. It will likely be an uncomfortable and not very rewarding process in the short term as indifferent and happy people rarely fill out reviews; but in the long term the impact on the future of our buildings and cities could be priceless.