Halifax HQ: A building that looks out of place but isn’t 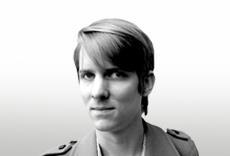 ‘Architecture for Everyman” was a documentary from the late 1970s, presented by Patrick Nuttgens, who wanders around an architectural landscape chastened by the post-1968 rejection of modernism. He finds a handful of examples of possible futures in the midst of the vernacular housing schemes and mirrorglass offices.

It’s an eclectic list — the Bucky Fuller-esque dome of the Oasis swimming pool in Swindon, Foster’s Willis Faber in Ipswich, and BDP’s Halifax headquarters. The latter has just been listed, part of what English Heritage promises will be a tranche of post-war office block listings. In the documentary, Nuttgens is reluctant at first to praise it. People have said it’s not in keeping, he points out.

In fact, if the embrace of place means something more than a craven form of aesthetic cowardice, then the Halifax HQ is one of the most magnificent pieces of contextual architecture in the country: the ingenuity with which it angles and twists its vast bulk into the hilly former milltown, the way its dark and light browns mirror and spark off the blackened ashlar of the Victorian commercial architecture nearby.

It feels, at least to a visitor, not so much a building that is in Halifax as a building that is Halifax. The way the town’s site is crammed into a gorge in the middle of the Pennines, the nature-defying scale and melodrama of the Dean Clough Mills, the Piece Hall or Charles Barry’s Town Hall; all of these are taken up and extended without being merely cloned. 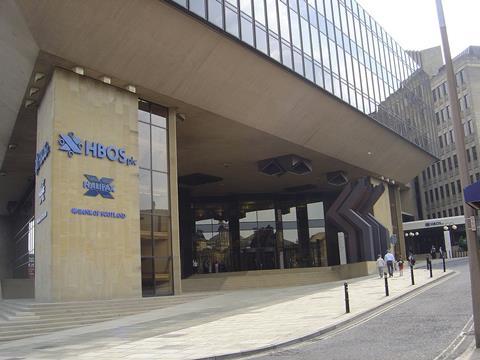 The former headquarters of the Halifax in Trinity Road, Halifax, West Yorkshire by BDP

Another of Nuttgens’ shows started with the presenter going around what look like Victorian offices in nearby Leeds, which he informs us are replicas. He taps at the “stone” of one, and you can hear it’s hollow: fibreglass. These were the Halifax building’s opposite, 1980s open-plan offices behind mock-Victorian facades, “stealth buildings” as Martin Pawley called them.

Today, what’s unusual in Halifax is that it represented a large investment in the town, yet resisted the common notion that the worst thing a post-industrial town could be is itself. Better an Italian hill-town of miscellaneous logos and icons — though the brightly coloured plastic automated machinery inside the building could surely satisfy even the most bumptious of 1990s architects.

For anyone who finds modernism most exciting when it interacts most dramatically with place, Halifax is part of an alternative northern pantheon, along with Park Hill, Byker, and MacMillan and Metzstein’s work in and around Glasgow. If the architects had read and quoted some continental theory, it could have been included as part of Kenneth Frampton’s “critical regionalism”, refusing at once kitsch, retro and placelessness.

As architecture, Halifax is still a magnificent model of another modernism. But what of its function? It needed to be listed urgently because of the instability of its owner, a mutual that has transformed itself into a part-nationalised gambler in derivatives. The excellent Bradford and Bingley headquarters in Bingley faces possible demolition for the same reason. You can
now only read the ethics from the buildings, not from the practices.