A short history of protection of title

The fight for statutory registration of architects was long and hard-fought, as Eleanor Jolliffe recounts in the second of her new series 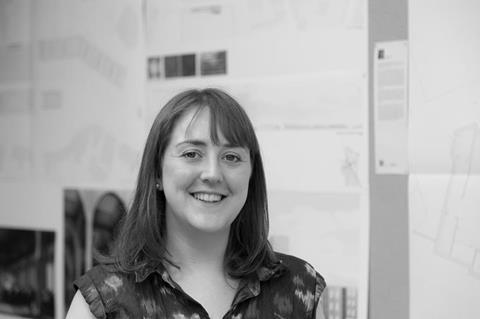 “[Statutory registration] has not yet been achieved, but the status of the architect is improving. For better or for worse, he is becoming first and foremost a professional man. There are some who regard with genuine regret, even with alarm, this stereotyping of one of the fine arts into professional moulds. Unfortunately it seems to have become inevitable.”

Martin Briggs, writing here in 1927, seems to embody the RIBA member of whom JA Gotch writes seven years later as having, “strongly and not unnaturally, objected to a process of levelling-up which would give a definite status to ’the mere ignorant, though bold pretender’.”

The fight for statutory registration of architects was a long, hard-fought one. It began in 1791 when some of the leading architects of the time, including Robert Adam and John Soane, met in the Thatched House Tavern and formed the rather exclusive Architects’ Club. Various other clubs and societies came and went through the 1700 and 1800s, all seeking to define what an “architect” was.

The Society of Architects introduced several members’ bills to Parliament from 1844 onwards to seek the statutory registration of architects. Meanwhile, the same topic was discussed and endorsed by International Congresses of Architects conferences in Paris (1900), London (1906), Vienna (1908) and Rome (1911).

Each time they stated that, “in the interests of the public of all nations and of the profession of architecture, all practitioners should have statutory qualifications and that the title architect should be restricted to persons provided with certificates of capability, to be placed within reach of all, by means of architectural education and training”.

A bill was introduced to Parliament in 1927 and ratified in 1931 protecting the title “registered architect” in the UK. This fell short of the RIBA’s expectations (by this time the RIBA had seen off the majority of its competition and was widely seen as the voice of the profession).

While the act gave the profession a certain amount of public prestige it fell far short of the closure of the profession that was sought. Arguably it had even caused harm, as Barrington Kaye writes, “not only from the accusations of trade unionism that had been publicised, but also from the fact that it enabled quacks who were able to impose upon a public not alive to the distinction between an architect and a registered architect, to trade on the fact.”

In 1938 a second act was passed protecting the title “architect”, achieving closure of the profession and, in the eyes of some, defining architecture as a technical profession and no longer a fine art.

However, a 1948 editorial in the RIBA Journal suggests that protection of title was never the goal, rather the means to an end. It said: “The RIBA has now reached the end of the first stage of its registration policy which has required so much effort.

“The ultimate objective is naturally to prevent anyone performing the duties of an architect unless he is registered – a legal enactment found in some American states. At present in this country anyone can design and supervise the erection of a building provided he does not call himself an architect.

“Clearly the time is not ripe for this next step. The second registration act has hardly begun as yet to be effective. Complicated negotiations with other professions would be necessary to determine the boundaries between architecture, engineering and surveying.”

In the decades since, this aim has come to be seen as a political impossibility, with Angela Mace writing in 1987 that, “[protection of function] would have been regarded as monopoly legislation in favour of the profession rather than a public measure for the good of the community as a whole, and as a restriction on the liberty of the subject”.

Therefore, there were no further acts until the 1997 Architects Act, which consolidated the previous acts and aligned us with the Mutual Recognition of Qualifications Directive across the EU. It seems likely that, legislatively speaking at least, this is where the issue will rest – with perhaps the exception of clarification of mutual recognition of qualifications after we leave the EU.

Ben Derbyshire kindly gave me his opinion on this issue, stating that: “Protection of function for the architecture profession is a pipedream in the current neo-liberal political zeitgeist. But, in any event, I am not personally convinced of its efficacy in terms of the fortunes of the profession or the quality of our output. Comparing experiences with sister institutes around the world while in office, I was struck that the same concerns about the position of architects in society and the perceived value of our contribution appears unconnected with whether architects enjoy protection of function in their respective markets.”

Both Derbyshire and the RIBA, however, see future avenues for the profession in embracing the recommendations of the Hackitt Report and the now widely acknowledged climate emergency.

When I first began reading for this column I read the confident, assertive voices of the inter- and post-war architects with a pang of regret that their self-confidence in the usefulness of our profession is less often found in the writings of today. However, our existential angst is far from new. Crises of identity are widely bewailed in the closing passages of most of the books I have read. It seems the profession is always about to reach its “defining moment”.

For me, protection of title is nice to have but I would also hesitate to applaud the grand and somewhat imperial aims of the RIBA in 1948. Diligently defining our exact function, drawing neat lines between us and other overlapping professions and trades may fulfil our need for definition and reduced competition; but it may also cement our own irrelevance. For once the functions we so carefully protect become irrelevant or overtaken, where are we then?

A fuller statement from both Ben Derbyshire and the RIBA can be downloaded in a pdf below – along with some other interesting quotes and fuller passages that I don’t have the word count for. It is well worth skimming!