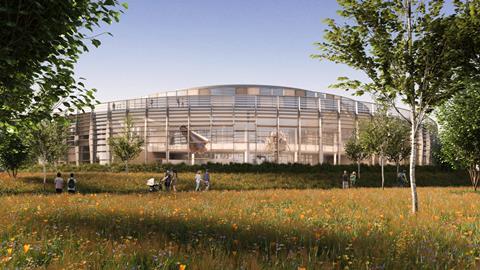 Wilkinson Eyre has unveiled its designs for a film studio on a former landfill site in Marlow, Buckinghamshire.

The practice has submitted a detailed planning application for the 168,000sq m production facility, known as Marlow Film Studios.

Consisting of two production clusters and a central studio hub, it is designed to accommodate three large blockbuster film shoots each year.

The production blocks will consist of a combination of single-storey soundstages, workshops and offices, with some buildings containing green walls and roofs. 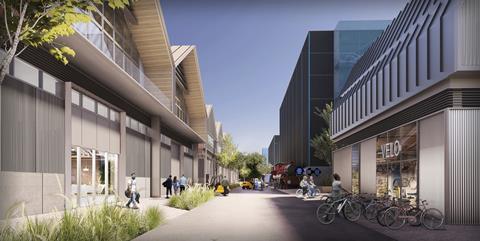 The studio hub, intended to be the core of the site, contains screening rooms, exhibition space, a cafe, restaurants and office accommodation.

Wilkinson Eyre director Oliver Tyler said the scheme reimagines the studio environment as a place that “puts production teams and individuals at the heart of the planning”.

“Our proposals for clusters of related buildings will bring all the facilities needed for a production into close proximity, engendering a creative and productive unit base,” he said.

Others working on the multi-disciplinary team include planning firm Prior & Partners and landscape architects Gillespies.