Basement of Allies & Morrison tower will be converted for workplace use 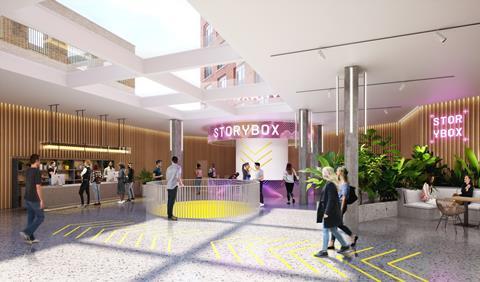 Studio RHE has won planning to convert a 1.5-acre underground bunker which is said to have been used by spies into workspace for the creative industries.

Built on the site of a 15-storey brutalist BT telephone exchange on South Lambeth Road – dubbed forbidding by Pevsner – this is set to be the UK’s tallest residential brick tower when it completes. 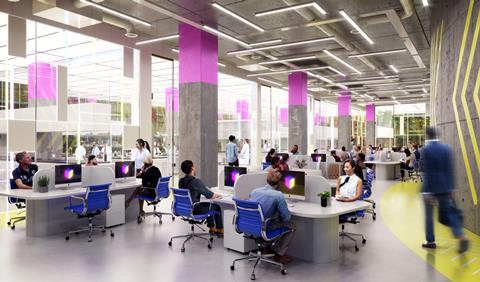 There are unconfirmed rumours that the old 1975 Keybridge House – which was itself built on the site of a former fishpaste factory – was once used by spooks who arrived through a secret tunnel. Terry Farrell’s MI6 headquarters is a few hundred yards away.

Developer General Projects appointed Studio RHE to create Storybox in the 5m-high single-storey basement which it describes as an adaptable subterranean environment. It envisages occupiers might use it for pod hotels, labs or gaming experiences. 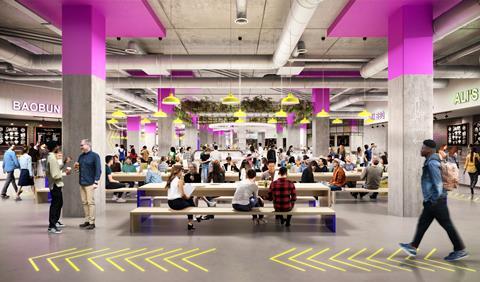 Artist Tom Price has been commissioned to deliver a series of embedded sculptures surrounding the project, while there will also be ground-level cafes and installations.

General Projects’ London schemes include the “repositioning” of James Stirling’s No1 Poultry which is now occupied by branches of WeWork and indoor golf operator Puttshack. 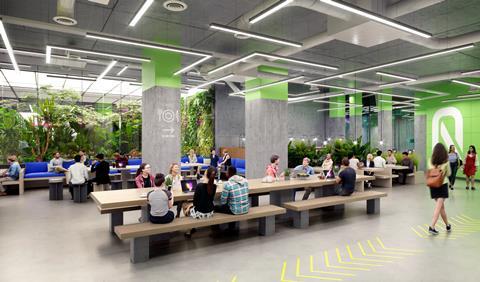 Work is set to start on site immediately and be complete by the summer. 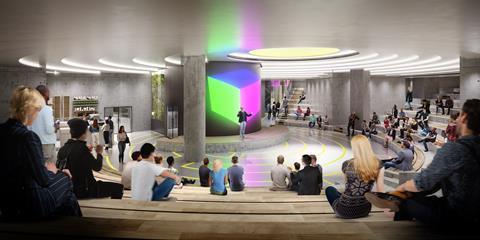 This story has been corrected after we misattributed the project to Architecture 00.