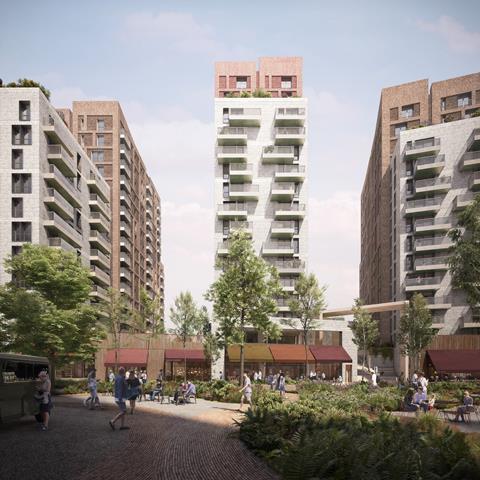 Planners have given the go-ahead to Studio Egret West’s controversial £250m mixed-used scheme in the centre of Maidenhead after the heights of the towers was reduced.

Set to be built in the heart of Theresa May’s parliamentary constituency, the Landing scheme was labelled by one objector as being more at home “in a poor part of London”.

Drawn up for developer Hub and landowner Smedvig, the proposals update an earlier scheme by SEW and Allies & Morrison that was granted outline consent in 2015. That would have provided up to 225 new homes, 34,100sq m of offices, and 4,700sq m of retail, restaurant and bar space on the site, but it proved undeliverable because of the economic situation and plans were amended to include a larger residential element.

Following objections, the scheme’s towers were reduced in height – the tallest down from 19 to 16 – but this still did not satisfy some local groups.

According to council records, the Maidenhead and Cox Green Neighbourhood Plan Steering Group wrote to Windsor and Maidenhead’s planning department to complain that such a city scale development was “wholly inappropriate within the town of Maidenhead, the dominance of development over 50 metres will severely impact neighbouring properties and the wider streetscape”.

And another local business described the development, which replaces an existing office scheme (pictured centre left), as resembling an area of flats “you would expect to see in a poorer part of London”. 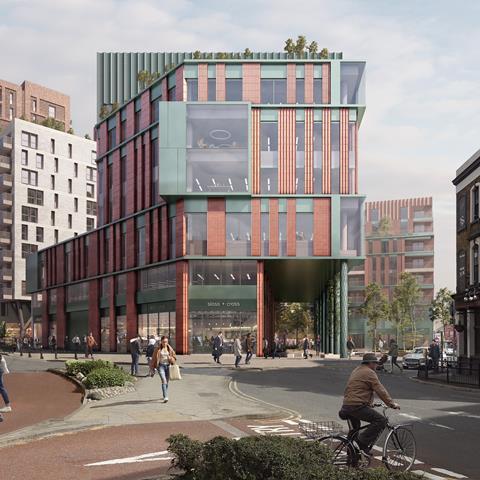 Hub said it had engaged with the local community, with around 1,500 people giving their views . The height of the towers is understood to have been reduced at the request of planners.

Steve Sanham, Hub’s managing director, said the council’s approval of the latest plans was a “fantastic decision” for Maidenhead.

“The Landing site has been subject to far too many false starts and delays. We are confident our scheme will bring a buzz back to the town centre and revitalise it in the way the people of Maidenhead have told us they want. We now look forward to getting on and delivering it.”

Work is expected to start on the job early next year. 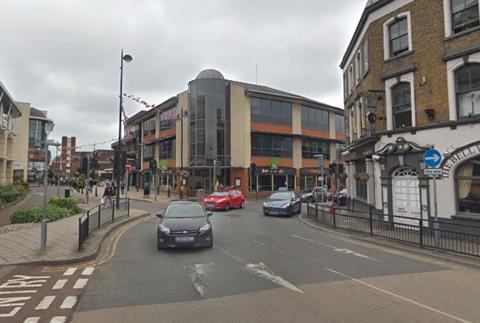