Architect is only Brit on shortlist for Annecy’s ‘cinema city’ 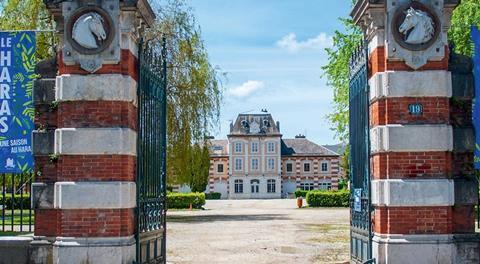 Le Haras in Annecy. Stanton Williams is a finalist in the design competition to turn it into a new home for the international film festival

Stanton Williams is the only British architect to have made the shortlist for a cultural complex in the centre of Annecy, south-eastern France.

The organisers of an international design competition for a new home for the Annecy International Animation Film Festival have announced a shortlist of three practices.

The other two are Paris-based architects: Devaux & Devaux and Bernard Desmoulin working with Soria.

They were picked for their previous work and will now draw up design proposals for the project.

The brief was for an “animated cinema city” to take over a 6,500sq m collection of listed 19th-century cottages and stables in an area of the city centre known as Le Haras.

Under the plans the district would be transformed into a cultural and social hub with facilities and spaces for residents and visitors including a cinema, a gallery and a centre of gastronomy and local produce, in addition to an enhanced 2.5ha park.

Annecy, tucked between mountains and Lake Annecy about 30km south of Geneva, is known as the Venice of the Alps.

Stanton Williams said it was delighted to be shortlisted. The Stirling Prize-winner’s recent projects include public spaces and the Linbury Theatre at the Royal Opera House in London as well as the creation of the Albukhary Foundation Gallery of the Islamic World at the British Museum.

A winner will be chosen in May.