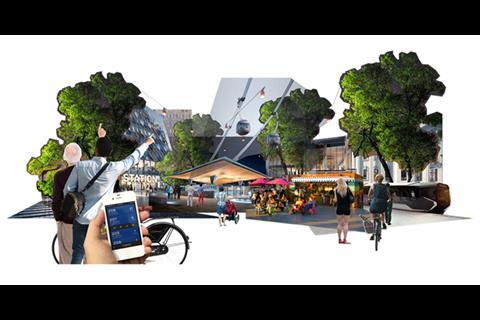 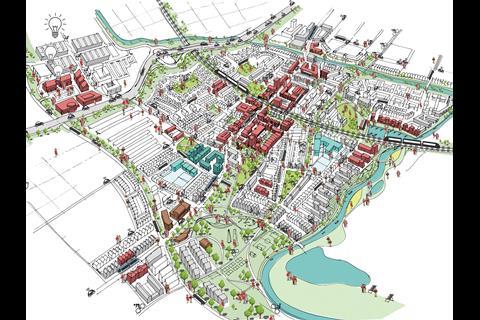 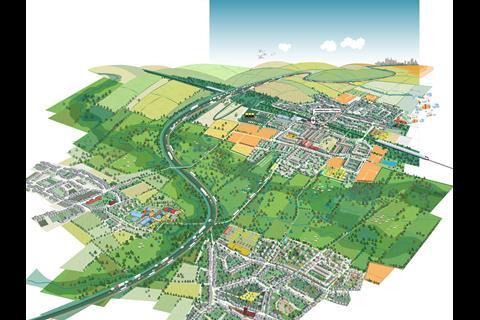 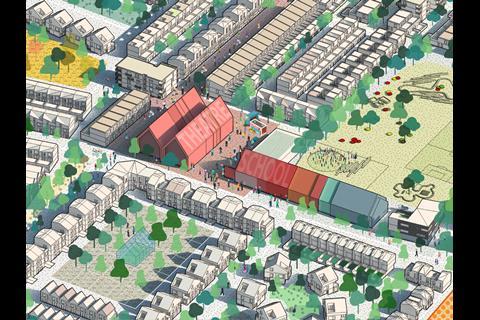 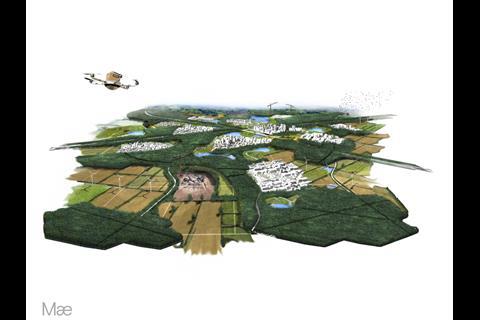 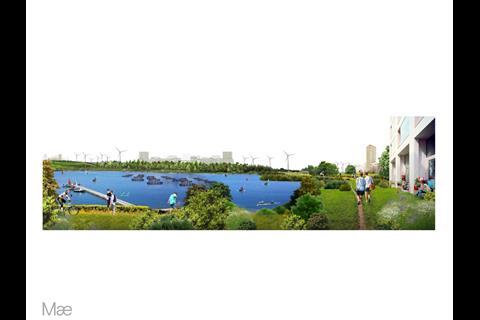 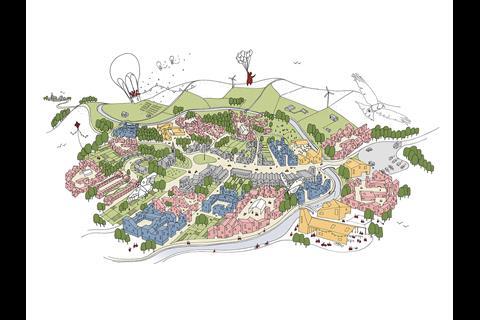 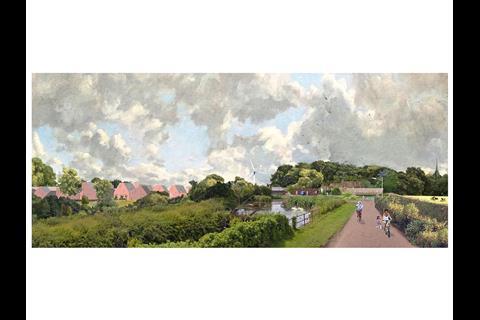 Winner to be announced next month

Images and details of the four shortlisted proposals for a “knowledge corridor” linking Oxford and Cambridge have been released.

Teams led by Mae, Fletcher Priest Architects, Barton Willmore and Tibbalds Planning and Urban Design were shortlisted in August for the ideas competition run by the National Infrastructure Commission.

They beat off competition from 58 entrants vying to propose ways of improving the central area of England.

Now, ahead of a winner being announced next month, the finalists’ strategic design concepts for development growth have been released for public reaction by competition manager Malcolm Reading Consultants.

Reading describe them as diverse proposals that “propel us deep into the 21st century”.

Chair of the jury and national infrastructure commissioner Bridget Rosewell said: “The corridor encompassing Cambridge, Milton Keynes, Northampton and Oxford contributes considerably to our national economy. If we’re to continue this success we must foster places people want, and can afford, to live and work in. The four shortlisted entries to our ideas competition are creative, innovative and exciting.” 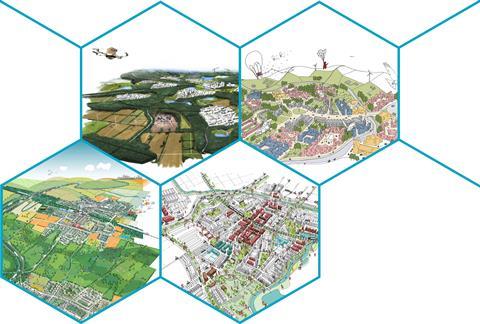 • Barton Willmore developed The CaMKoX Innovation Hive Delivery Guide – not a fixed masterplan but an approach that envisages organic growth within communities, delivering not just homes but vibrant places to support innovation and business creation. A carefully guided approach to encourage communities to acquire a rich urban form and varied sense of place. Situated within a new National Park, the proposals set a new benchmark for development that enhances the natural environment.

• Fletcher Priest Architects developed the Mid-Vale Archipelago, a constellation of linked, distinctive and compact places set within a continuous landscape. They propose ‘middle sites’ between the corridor’s major urban centres that combine the best of village life with the critical mass of larger towns while preserving and enhancing landscape character. The desire for beneficial relationships between existing and new communities is central – along with a patient approach to delivery that prioritises long-term capital benefits over short-term windfall returns.

• Mae developed Urcadia – an ecologically rich urban settlement for the Just About Managing, the Yes-in-my-back-yards, the Millennials, and Generation Rent in the form of a ‘New Living Campus’. Their proposal combines the intensity and density of a city with the pastoral richness of the English countryside enhanced for leisure use, health and well-being and food production. New construction technologies facilitate economic housing for a generation suffering from no realistic prospect of owning a home.

• Tibbalds Planning & Urban Design developed VeloCity, a unique region in the UK that is no longer reliant on the car, supported by an integrated road-and-rail transport strategy linked to a network of local, medium and longer distance cycle routes. Focusing on six villages situated to the south-east of one of the new stations on the Oxford to Cambridge rail link, VeloCity reimagines the 21st-century village.