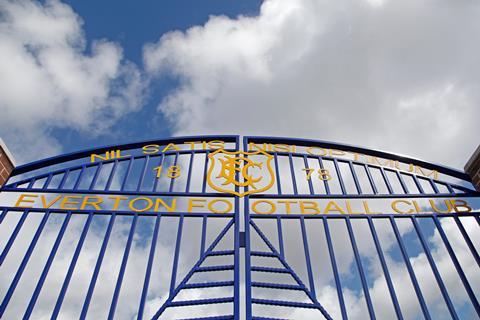 Everton football club said its new stadium, designed by US practice Meis Architects and Sheppard Robson, could go in for planning in the second half of this year.

The club has confirmed that following a public consultation in October it is proposing to build the new 52,000-seater ground, with the capacity potentially rising to 62,000 in the future.

The capacity and design of the new stadium at Bramley-Moore Dock, on the banks of the River Mersey, will be subject to another public airing next summer. The club said it would engage with other stakeholders including Liverpool City Council and Historic England.

Colin Chong, Everton’s stadium development director, said while the club planned to submit a detailed planning application in the second half of next year the 62,000 capacity figure was not guaranteed.

“It is important to stress that this is our ‘proposed’ capacity and it is currently what we are working towards. The final capacity and design will be subject to further engagement and consultation ,” he added.

Stadium architect Dan Meis said: “We know from all of the conversations we’ve had with fans that they want a stadium that is atmospheric, feels like a fortress and supports the players on the pitch.

“We believe this proposed approach to design and capacity meets with those aspirations.”

Known for stadium designs in his native US, Meis was also responsible for the Manchester Arena, formerly the Nynex Arena.