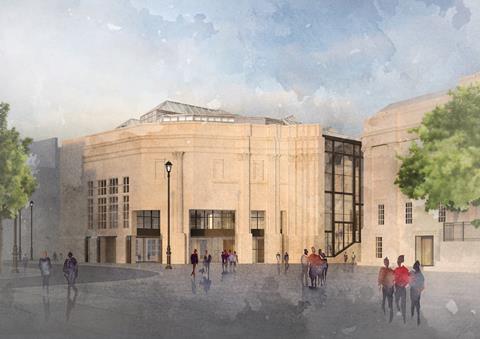 Selldorf Architects has revealed its plans to reconfigure the National Gallery ahead of its 200th anniversary.

The brief was focused on making the gallery more welcoming and let the winning practice loose on Venturi Scott Brown’s grade I-listed Sainsbury Wing as well as its 19th-century neighbour.

The NG200 project, with an estimated construction value of £30m, will remove some of the fabric of the 1991 extension’s foyer in a bid to better shape it to its 21st-century purpose as the National Gallery’s main entrance. The first floor restaurant will become a mezzanine social space, with views over Trafalgar Square. A new circulation loop through the gallery will also be created by knocking through between the two buildings at basement level. And the dark glazing will be replaced by clear glass, allowing views in. 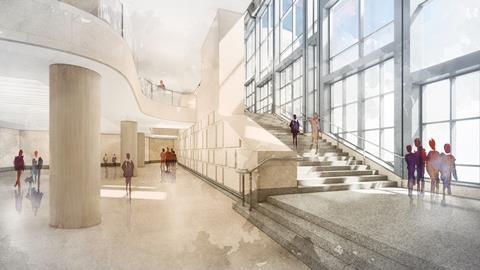 In the original Wilkins Building a “members’ house” will be created and then, in phase two, a new research centre will be added and other facilities such as the library and learning centre will be refurbished.

There are also proposals to demolish an external wall at the front of the Wilkins Building to create a landscaped open space at the southern end of Jubilee Walk, a pedestrian route leading from Trafalgar Square to Leicester Square. 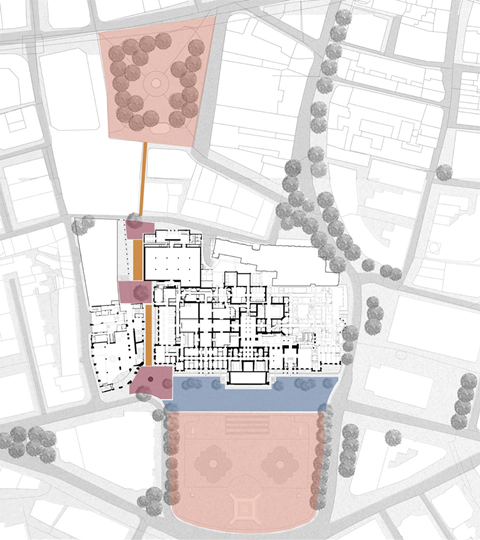 National Gallery director Gabriele Finaldi said the “sensitive interventions” would be pivotal in helping the gallery recover from the “catastrophic” impacts of covid as well as reducing its carbon footprint and encouraging diverse audiences, while making the buildings more comfortable for the next 200 years of visitors.

“Underpinning these proposals is a concrete desire to build the foundations of the gallery’s future, consolidating our role as the nation’s art gallery,” he said.

“With millions of visitors each year, it’s vital that we futureproof our buildings and reinvigorate the public realm immediately surrounding them.” 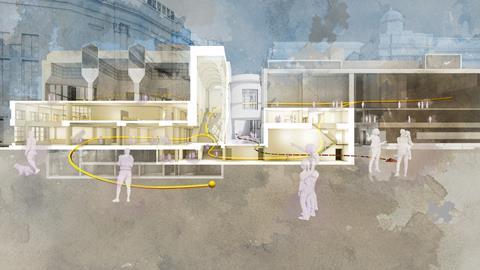 Consultation events are taking place in March at the gallery and online.

If approved the first phase of work is due to complete in time for the anniversary in 2024.

Subscribe to Building Design for a full interview next week.