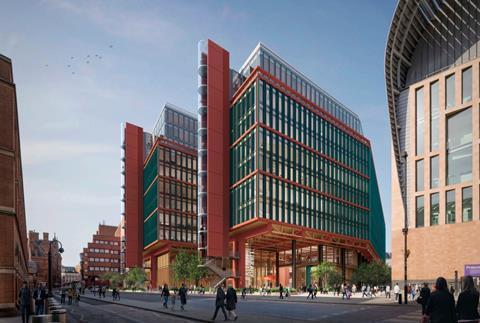 Revised designs for the scheme, which were first revealed in July last year, will require the demolition of buildings to the north of the library, including the 2007 British Library Centre for Conservation (BLCC) designed by Long & Kentish, which caused howls of protest.

The site has also been earmarked as a temporary construction compound for the mothballed Crossrail 2 project.

The developers, a JV between developers Stanhope and Mitsui Fudosan, have secured the site by agreeing a deal with Transport for London which will see them carry out the work to build 5,000sq m of shafts and passageways descending seven storeys beneath RSHP’s extension in case the railway is revived. 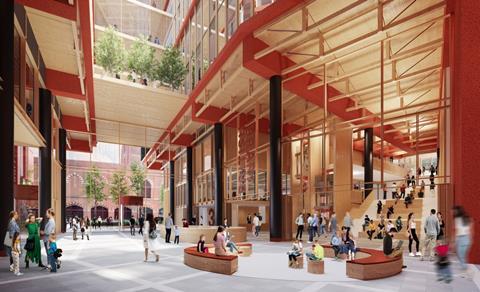 New library space will be located on the lower levels

More details of the 97,000sq m scheme have emerged in the plans, submitted to Camden council last week.

The work for Crossrail 2 will include the main civils and structural elements of the Euston St Pancras Station eastern shaft and passenger subway tunnel. 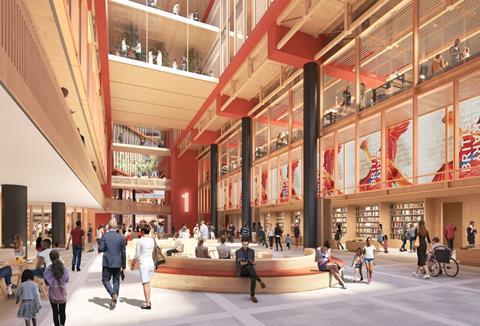 The library space will be connected to the British library

Arup has also been appointed to the project, with DSDHA working on the scheme’s public realm.

The amount of commercial space has been expanded from 73,000sq m to 76,000sq m. This will be aimed at life sciences tenants and other businesses wanting proximity to the area’s emerging “knowledge quarter”. As well as PLP and HOK’s Francis Crick Institute, a £1bn pharmaceutical centre designed by AHMM on a nearby site was given the green light last year. 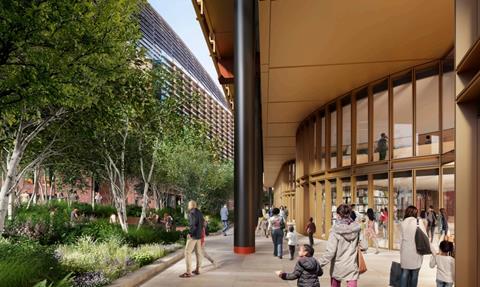 Retail space will also be offered on the ground floor

The amount of library space, which will occupy the first two floors including a link to the main library, has stayed the same at 10,000sq m. This will include a public foyer and new headquarters for the Alan Turing Institute.

When the plans were first unveiled last year they sparked anger among architects and historians, with Patrick Lynch dubbing the designs a “third-rate wedge of nothing”. 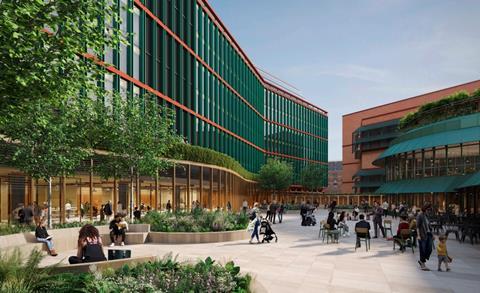 The plans have stirred up controversy with campaigners