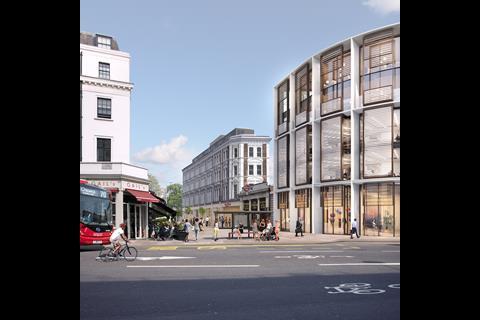 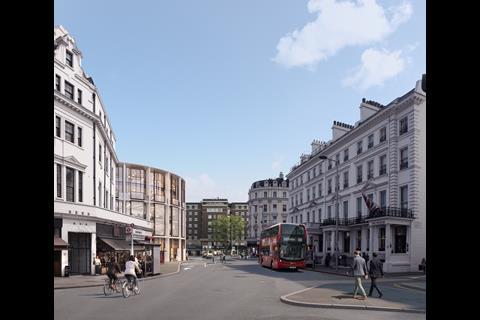 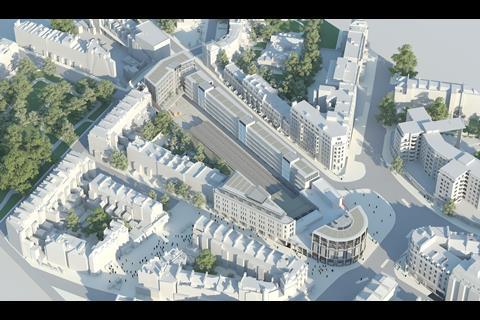 Rogers Stirk Harbour & Partners has become the sixth architect in 30 years to unveil designs for a redevelopment of the 150-year-old South Kensington tube station.

The grade II-listed station is both one of the oldest and one of the busiest in London, with more than 30 million visits annually.

RSHP was picked by Transport for London, in conjunction with Neo Bankside developer Native Land, to draw up plans to restore the station and create new residential and retail space.

Some of the proposals fell foul of local campaigners, who objected to the erection of an office tower and loss of the station’s Victorian arcade.

They will also restore the arcade and promise other improvements to surrounding properties, with 40 new homes and a range of restaurant and shop spaces delivered as part of the project.

And the development will include construction of a new scheme on the Bullnose facing into the heart of South Ken – with TfL describing it as a “carefully crafted building” to serve as a “refined landmark for the station.”

Locals are invited to provide feedback on the designs, with a public exhibition open today and tomorrow, between 3pm and 7pm, at 17 Queensberry Place.