Proposals to cut carbon in projects shelved after MP’s promotion 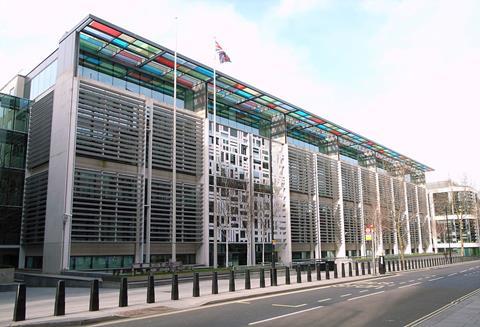 The Department for Levelling Up, Housing and Communities’ Marsham Street headquarters

Draft legislation aimed at limiting carbon emissions in construction projects by amending building regulations has been shelved because the MP behind it has been appointed to a new job at the housing department.

The Carbon Emissions (Buildings) Bill was withdrawn last week, four days before its scheduled second reading. It will now need to start its progress through parliament from scratch if another MP chooses to revive it.

It follows the appointment of Duncan Baker, the backbench Conservative MP who proposed the 10-minute rule bill in February, as a parliamentary private secretary to three ministers at the Department for Levelling Up, Housing and Communities.

Parliamentary procedure means that private members’ bills cannot be submitted by an MP whose role overlaps with the proposed policy. 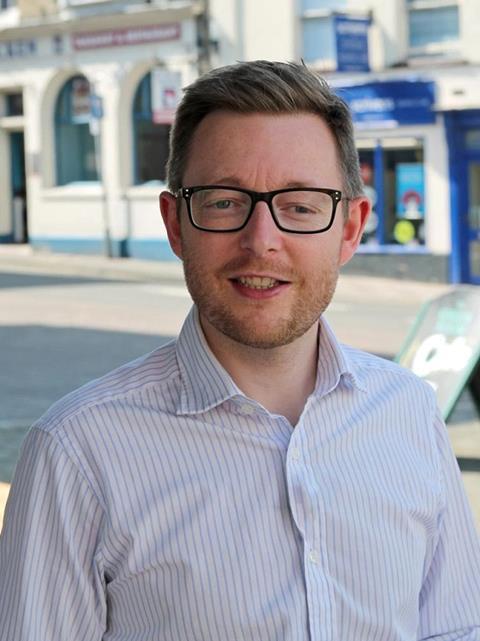 Baker, who was elected as the MP for North Norfolk at the 2019 general election, was appointed as PPS to housing minister Stuart Andrew, rough sleeping minister Eddie Hughes and building safety minister Stephen Greenhalgh on 25 February.

The bill outlined plans to amend building regulations to place mandatory limits on embodied carbon, which is emitted by the production and use of materials, at the design stage of projects.

It was based on a major industry initiative called ”Part Z”, named for the proposed new section in the regulations, which has been backed by architects including AHMM, Allies & Morrison, BDP, dRMM, Hawkins\Brown, Haworth Tompkins and Hopkins, as well as with RIBA.

It is also being supported by construction-sector heavyweights including Cundall, Laing O’Rourke, Mott MacDonald, Willmott Dixon, Arcadis, WSP and Arup.

Measurement and reduction of embodied carbon in construction is currently voluntary. The UK Green Building Council has said that these types of emissions – which total more than aviation and shipping combined – must be slashed by more than half in the next decade for the UK to keep its target for becoming net zero by 2050 on track.

The bill had been due for a second reading in the House of Commons last week. A spokesperson for Baker said the proposals could now be picked up by another MP in the next parliamentary session, which begins in May.

Giesekam said Baker “remains supportive” of the Part Z agenda, adding that the authors will “continue to build support for the proposed changes through our other planned activities”.

A source involved with the initiative denied that the withdrawal of the bill was a setback for Part Z and said that Baker’s appointment at DLUHC is a “good thing overall”. They said: “The fact that he’s no longer allowed to pursue his bill is only half of the fact that he’s moved to DLUHC.

“You could take it as a positive thing that they’ve appointed a PPS in DLUHC who’s clearly got a drive to get embodied carbon regulated.”

UKGBC head of policy Louise Hutchins said embodied carbon limits ”must be introduced at the earliest opportunity”. She added that material supply chains also needed to be decarbonised and demand for new construction and materials reduced by making designs more efficient.

Baker said in January that the government was “missing a trick” by not championing the policy, adding that embodied carbon is an issue that politicians “still don’t talk about enough”.

It is not clear if the government planned to support the proposals. DLUHC has said it “welcomes the issue being raised” and that it was “exploring the potential” of maximum embodied carbon levels for new buildings in the future.

Part Z has been a source of some controversy in the construction industry because of the potential impact of higher building costs on SMEs.

Rico Wojtulewicz, head of housing and planning at the House Builders Association, a trade body representing SME housebuilders, said earlier this month that smaller firms were not given “enough of a consideration” in the plans.

Mark Shouler, director of Nottinghamshire housebuilder Hofton & Son, added that the extra costs of making schemes compliant under the new rules would make it “completely and utterly pointless building houses”.

But the Part Z authors said in a joint statement that the final values of the requirements for projects had not been finalised and would be revised through public consultation before they came into force.