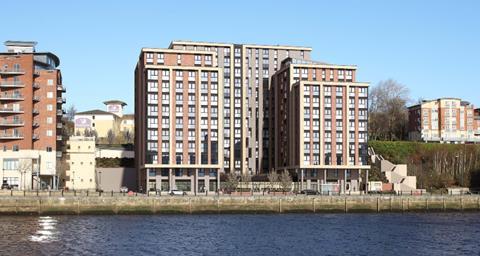 Whittam Cox’s plans for East Quayside in Newcastle, which have been approved at appeal

Whittam Cox Architects-designed proposals for 289 homes next to the River Tyne in Newcastle have won approval at appeal, just over a year after being rejected by the city council.

The practice’s 14-storey plans for a vacant 0.72ha plot at East Quayside were opposed by planners for reasons including impact on the character of the local area, living space in the flats, and the proposals’ impact on residents of the nearby St Ann’s Quay development.

More than 300 letters of objection were submitted after the proposals were lodged on behalf of developers Packaged Living and Robertson Property for the development of the Homes England site in 2020.

Overturning Newcastle City Council’s rejection of the build-to-rent scheme, planning inspector Claire Searson acknowledged that the site was “challenging” and the Whittam Cox design “would make its presence known in the Newcastle cityscape and in key views along the Quayside”.

She also stated that aspects of the architectural design treatments “would fall slightly short”, but said “the design design cannot be said to be poor quality, or even close to that”. Searson said many of the clear design expectations of the masterplan and planning brief covering the site had been met.

The inspector accepted that the scheme had “limited policy conflict” in design terms and that she had identified some “lower end of less than substantial harm” to the setting of the grade-I-listed St Ann’s Church, which is nearby. Searson also referenced a policy breach in relation to space standards, but said the proposals were acceptable for future residents despite that. 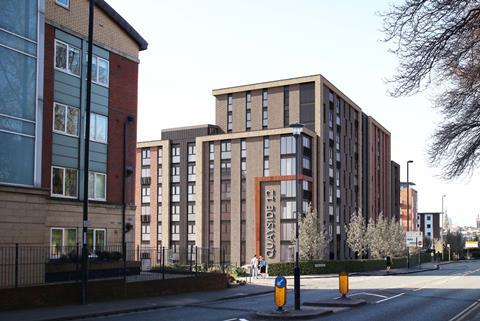 Whittam Cox’s plans for East Quayside in Newcastle, which have been approved at appeal

Additionally, she accepted a policy conflict in terms of light loss for residents of St Ann’s Quay, however she said the balance still fell in favour of the Whittam Cox scheme.

On the plus, side Searson said the scheme would have a positive economic impact on the area and be attractive to young professionals and key workers, providing extra housing choice in an area where build-to-rent schemes were “not commonplace”.

!Is the architecture exceptional?” the inspector asked in conclusion. “My answer is ‘no’. But, in design terms the policy conflict is limited, the development does have positive design attributes and has sought to balance a number of competing site constraints.

“The benefits offered are significant and, crucially, I have found that substantial weight should be attributed to the fact that the development is in public ownership, fully funded and deliverable in the context of a site which has never been realised in over 30 years and with significant remediation needs and viability issues.”

A Newcastle City Council spokespeson said the authority was “very disappointed” with the decsion and was considering its options.

The plot at East Quayside in Newcastle, which is earmarked for Whittam Cox’s new homes