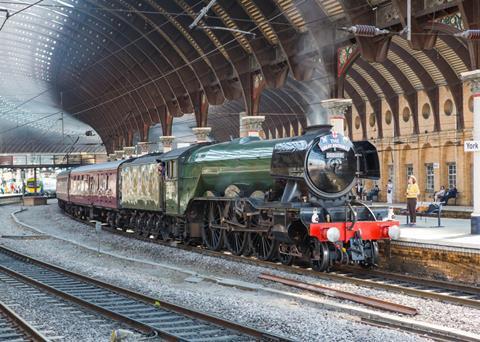 The Flying Scotsman at York station

Optimised Environments is on board as landscape architect for the £55m upgrade of the National Railway Museum’s two sites.

The work, which will cover all RIBA stages, also includes urban planning and railway engineering services.

Science Museum Group, which owns the National Railway Museums in York and a second museum, Locomotion, in Shildon, County Durham, is currently carrying out a major rebuilding programme ahead of its 50th anniversary in 2025.

The scheme aims to transform the two sites into a “global engineering powerhouse”, with new exhibitions exploring both the history of rail and innovations which will shape the future.

In 2020, architect Feilden Fowles won a competition to design the York museum’s new central hall with a two-storey rotunda inspired by the circular turntables used to rotate locomotives for return trips.

The programme has also seen the appointment of De Matos Ryan as architect for a £5m interactive gallery called Wonderlab at the York site, which is due to be completed in 2022.

Plans for a £5.4m building at Locomotion, designed by AOC, were approved last week. It will store up to 50 of the museum’s rail vehicles, including the world famous Flying Scotsman.

The main museum, the largest of its kind in the UK, is based in the former York North locomotive depot, with many of its 100 locomotives displayed on the depot’s original turntable. 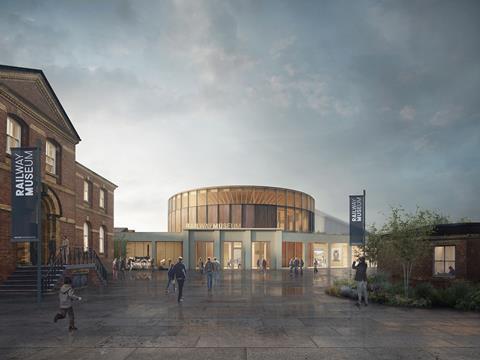