Council planning decision expected towards the end of this year 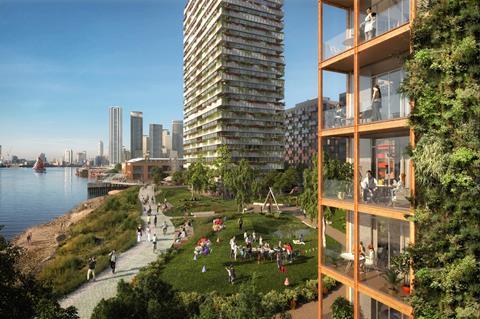 The 12-block scheme for developer U&I will provide around 1,500 tenure-blind homes, of which 35% will be affordable, and more than six acres of public land along a 275m stretch of the River Thames including a three-acre riverfront park known as Morden Park. 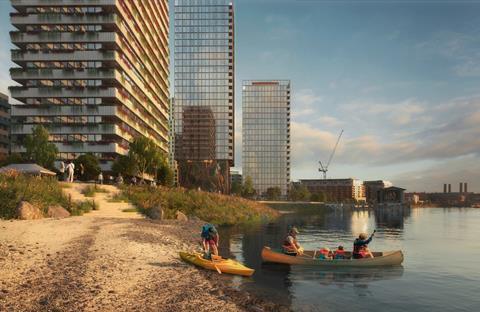 The proposals, first lodged for planning with Greenwich council in June, will also add a new boathouse designed by Carmody Groarke to an existing jetty.

U&I say the boathouse could provide a permanent mooring for the royal rowbarge, Gloriana, which was built for the Queen’s 2012 diamond jubilee celebrations. 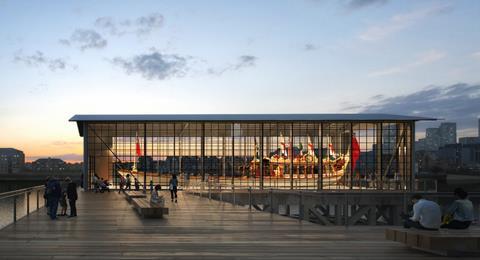 The development includes a new boathouse designed by Carmody Groarke

The new district, known as Morden Wharf, will include commercial space and a series of light industrial units on part of the site classified as Strategic Industrial Land.

An existing warehouse on the site of The Sea Witch, a pub that was destroyed by bombing during the Second World War, will be spared as part the development with plans for it to house a new pub as well as some workspace for creative businesses.

Sea Witch Lane, a new boulevard named after the pub, will bisect the scheme east to west, running towards a public square for seasonal events and markets. 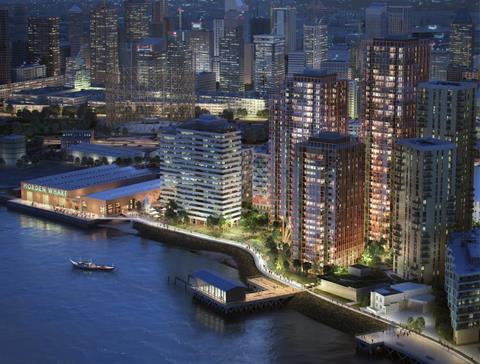 Aerial view of the scheme including the boathouse

Other firms working on the scheme include Chetwoods, which has designed the commercial space, QS Gardiner &Theobald, structural and M&E engineer Ramboll and landscape architect Planit.

A spokesperson for U&I said a council vote on the scheme is expecting either towards the end of this year or the beginning of 2021.

Work is scheduled to start in April 2023 and to take 10 years to complete.