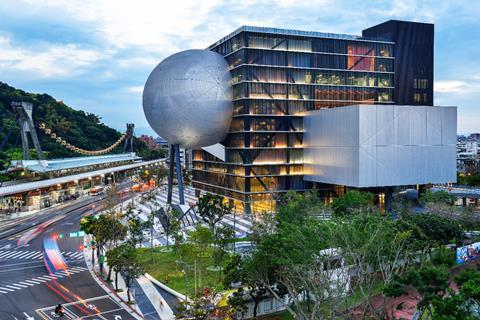 OMA has completed a major cultural centre in Taiwan which the architect said has been designed to resemble a planet “docking” with a giant cube.

The Taipei Performing Arts Centre was commissioned by the Taipei City Government and designed in collaboration with local practice Kris Yao Artech and Arup, and will open to the public on 7 August. 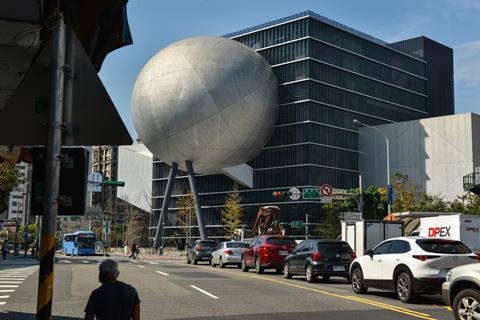 The 800-seat Globe Playhouse is housed within a sphere attached to the side of the main block. The Grand Theatre is a 1,500-seat space for a wide range of performing arts, and a third theatre, the 800-seat Blue Box, is reserved for more experimental productions. The latter two theatres can also be joined up to create a 2,300-seat ‘Super Theatre’.

OMA managing partner David Gianotten said: “The configuration of three theatres plugged into a central cube has resulted in new internal workings of the performing spaces to inspire unimagined productions.” 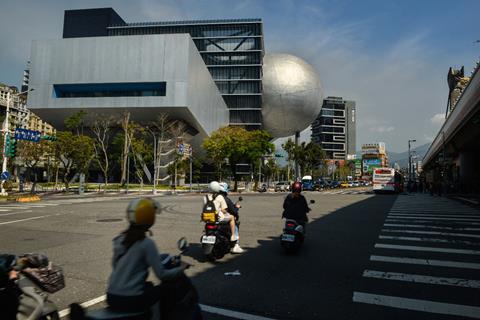 The complex will open to the public in August

“We want to contribute to the history of the theatre. Here in Taipei, we were able to combine three auditoria in a particular way.

“We are interested to see how this architecture will have an impact in terms of extending what we can do in the theatre.” 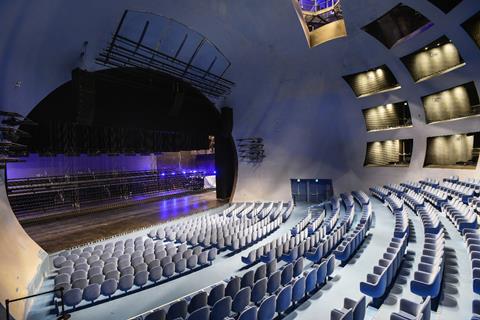 Interior of the Globe Theatre

Austin Wang, chief executive of the performing arts centre, said the scheme was prepared for “every form of contemporary performance art from the most adventurous artists.”

He added: “Every foyer, every plaza, every unexpected corner is brimming with creative potential.  We believe theatre of the future will outgrow conventional theatrical spaces.” 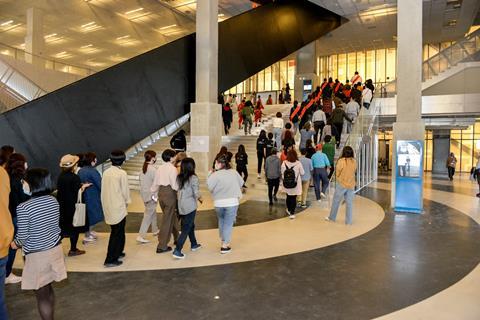 Interior of a foyer area

The centre’s opening season includes Hong Kong theatre maker Vee Leong’s In Search of the Miraculous, a story about a quest for freedom inspired by Shakespeare’s The Tempest.

It will also show traditional theatre, including the grand finale of The Eight Immortals of Peng Lei series by Taiwanese opera company Ming Hwa Yuan. 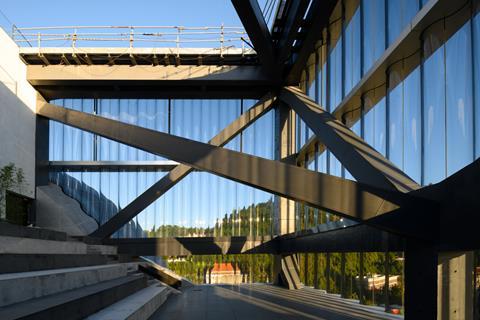 OMA designed the scheme for the Taipei City Government