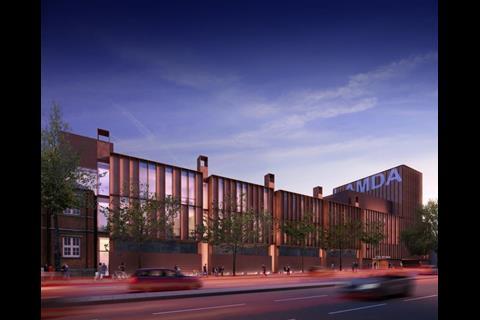 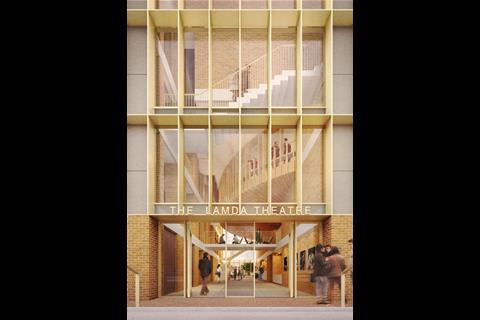 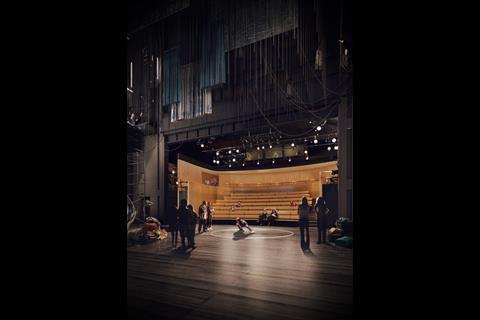 The scheme includes a 200-seat theatre, 120-seat studio theatre, a new teaching block, offices and a new public entrance with cafe. It is due to open in September 2016.

The 150-year-old drama school, whose alumni include Benedict Cumberbatch and Selma star David Oyelowo, sits on a very tight site in Hammersmith bounded by Tube lines and the A4 dual carriageway.

Nìall McLaughlin said: “Lamda’s geographical position presents considerable problems for a teaching environment, including traffic noise, railway noise and pollution. At the same time, it is an extraordinarily high-profile location with great visibility.

“The practice has designed a building that relishes the gritty urban qualities of its location and provides robust, calm spaces for learning. We look forward to seeing the next phase of these plans taking shape on site.”