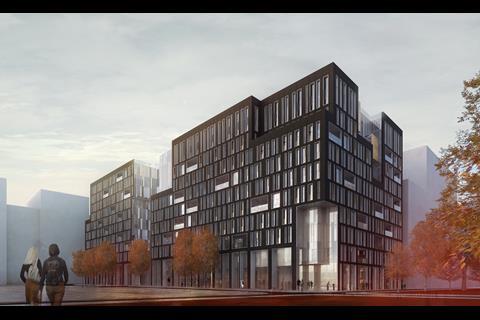 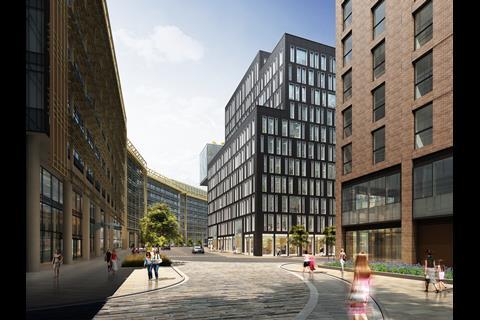 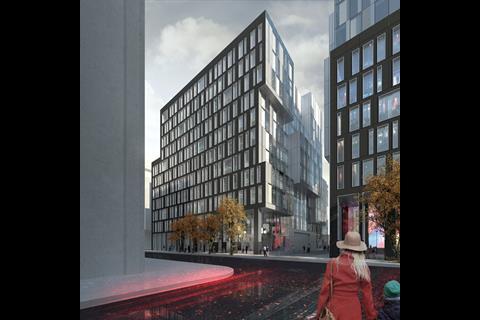 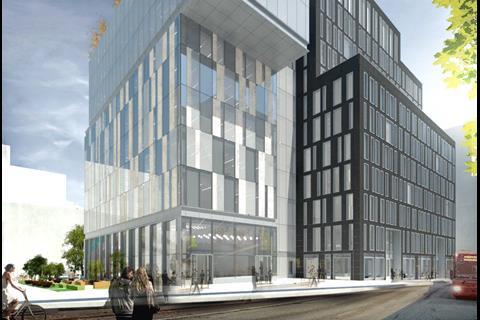 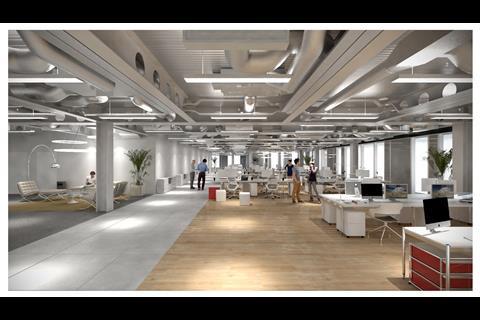 Lava-clad building will be sister to Google’s DeepMind HQ

Mossessian & Partners has submitted plans for a second office building in King’s Cross.

Currently known as S1, it will stand next to S2 which is under construction and has been pre-let to Google’s artificial intelligence division, DeepMind. Both buildings are at the north-west edge of Argent’s King’s Cross development.

S1 will be 12 storeys and, like its sister, will be clad in tuff stone, black volcanic lava stone from Armenia, a first for buildings of this scale in the UK. They will also have the same natural anodised window frames.

Three levels will have large terraces while a landscaped roof terrace will be accessible to all tenants.

The space between the buildings will lead to a new public square, Keskedee Square.

Michel Mossessian said S1 would “complete the architectural language of its predecessor”.

“King’s Cross is one of today’s templates for urban placemaking, so our priority was to develop spaces that both convey a strong identity and continuum with the public realm,” he said.

“The key is to acknowledge that there is a fine line between public spaces and tenants’ private realms, from the ground up to the rooftops of the buildings. This second building works to engage the space between the two, making the spaces hang together and generating a strong and engaging urban and spatial character for both the eventual tenant and the visiting public.”