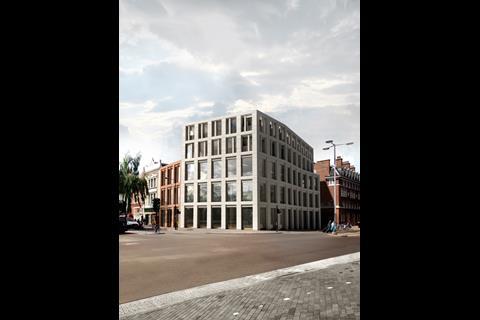 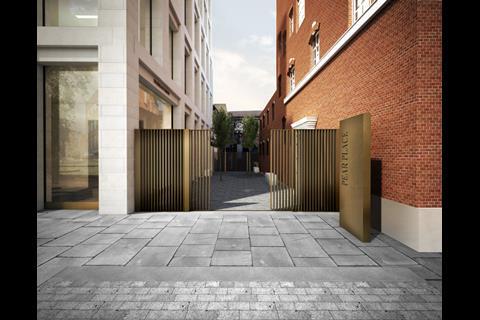 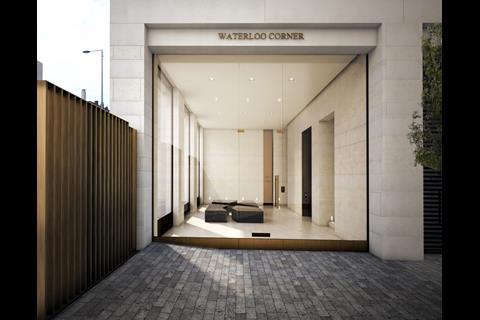 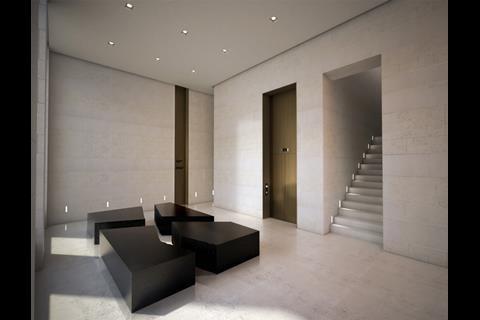 Kyson has won planning for a mixed-use scheme on a prominent corner opposite the Old Vic Theatre in London.

The site, currently a post-war bookshop, stands at a major crossroads beside a grade II-listed former fire station near Waterloo station. It is also round the corner from Lower Marsh, a historic market street.

The architect said its design of stone, brick and glass attempted to mediate between two distinctive areas.

“The brickwork and the more modest proportions of the smaller portion of the building reference the nearby terraced buildings of Lower Marsh, whilst the taller and more imposing stone-clad volume provides a terminus to the streetscape,” said a statement.

Work is due to start on site in March.